Essay outside of the NMT (No-Me Teaching) series 24 b 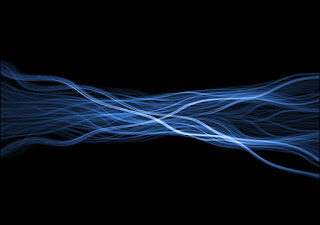 
Even the thought "l do not realize" is a hindrance. In fact, the Self alone is.

Our real nature is mukti. But we are imagining we are bound & are making various, strenuous attempts to become free, while we are all the while free. This will be understood only when we reach that stage.
We will be surprised that we were frantically trying to attain something which we have always been &  are.

A man goes to sleep in this hall. He dreams he has gone on a world tour, is roaming over hill &  dale, forest & country, desert & sea, across various continents & alter many years of weary & strenuous travel, returns to this country, reaches & walks in. Just at that moment he wakes up & finds he has not moved an inch but was sleeping where he lay down. He has not returned after great effort to this hall, but is & always has been in the hall. It is exactly like that. If he is asked. "Why being free, do we imagine that we are bound ?"  "Why being in the hall did you imagine you were on a World adventure, crossing hill & dale, desert & sea ?"  It is all Mind or Maya [Illusion].

See if the unreal has come to be. There is no such thing as the unreal, from another standpoint.

The Self alone exists. When you try to trace the Ego, which is the basis of the perception of the World & everything else, you find the Ego does not exist at all & neither does all this creation that you see.

The ajnani sees only the Mind which is a mere reflection. If the light of pure Consciousness because his Mind is extroverted & has never sought its source.

Just as a small pot of water Reflects the enormous Sun within the narrow limits of the pot, even so the vasanas or latent tendencies of the Mind of the individual, acting as The reflecting medium, catch the all-pervading, infinite light of Consciousness. The form of this Reflection is the phenomenon called the Mind. Seeing only this Reflection, the ajnani is deluded into the belief that he is a finite being, the jiva, the individual self.

Past description, Present description, & Future description, which are known by thought-forms, can only be illusory.  This leaves timeless Consciousness as the ever present underlying condition.  We can consider the manner in which one seems to know of the World of sense objects in Thought.  The sense of touch, for instance, provides a variety of intermittent signals, describing textures & shapes, but all in a vague hardly localizable collection.

When one Perception is in Consciousness, no other can be there in Consciousness.  Nor can any other Perception in fact exist elsewhere because there is nowhere else.  If storage of other Perceptions could occur in some other place, realm, or domain, outside of Consciousness, how would it be known ?  If not present in Consciousness at a give moment, then where can that Perception be stored or hidden ?  And so with only one partial sensory Perception present & existing at any one time, the Sensation of the World is always an incomplete, vague, & sketchy impression at best.  We can compare this Mind-colored and filled-in illusion to the sketchy shadows of a dimly lit Rope, being mistaken for an entire Snake.  Once the light of clarity is cast upon the "Snake", it is seen & known to have been a Rope all along.  Once the sketchy structure of the Sense-World is recognized for what it is, pure Consciousness remains apparent as the sole Reality.

Each Sense takes no account of any other Sense.  We must take Sights & Sounds & artificially link them with Sensations of Touch in order to construct a World at all.  Just like intermittent Sounds, so likewise do flickering momentary Visual pictures get blended with each other, & then with Sound track to create the "movie" of the World.

The old movie "Brainstorm" reiterated the often played Science Fiction theme of total Sound-Sight-Feel-Taste-Smell-Think-Feel recording & playback on advanced multi-sensory & multi-cerebral recording media.  Whether it be electronic media, or hallucinatory drugs, psychotic distortion, hypnosis, dream, or physical illusions like mirage & rainbow, the question remains, how do we know for sure that the World we seem to experience right now is any more Real than any of these ?   Why could we not be like some sci-fi, Science Fiction character, an intergalactic espionage agent captured & plugged into a Vat or some other fabricated Life experience ?

While not a serious question, the point still merits fanciful contemplation.  Looking through the gaps that separate the Senses & the Time intervals between momentary Perceptions themselves, we see into a formless continuum upon which the ghost-like multi-sense-media image of the World is cast.  In looking back from that formless continuum, we are actually looking back from pure Consciousness.  The Perennial Philosophy of Vedanta declares the Sense images to be insubstantial shadows in that one Reality of Consciousness.

And then again, every Perception, be it well combined together with other perceptions or not, is itself only a particular type of thought-form.  And if Thoughts cannot contact one another, how are they to be combined ?  For all these thought-forms, Consciousness is the combiner, the holder, the viewer, the substratum.  At the very least, even if the World were taken as valid, then the option still remains to identify with Consciousness rather than with these objects.  In terms of the Quantum Mechanical Measurement problem, the question could be taken up from the viewpoint of being Consciousness rather than from the ordinary viewpoint of being a Body-object in a World of other objects.  The Senses present disjointed data interpreted as a World.

The transform, like the Fourier transform (& there are many other transforms) display that pattern seen in integration by parts where the integral of a product of functions allows us to transform our description from one Variable to another Variable.

In Quantum Mechanical Hilbert Space, the Fourier transforms between Distance space & Momentum space.  In crystallography, it does so between Reciprocal space that determines Diffraction & Distance space, describing position of atoms in the crystal.

With that in mind, we further our exploration of Sine & Cosine by considering a & the Intersection of that Radius with the Circumference. If that Point of Intersection was the Point of reference, then its Horizontal position is the  x  Coordinate.  This would be the Cosine of the Angle between the Radius Line & the Horizontal X axis. The Point's Vertical position, the  y  Coordinate would be the Sine.

If we allowed that Point to revolve at a uniform speed CCW around the Circle, we could to shine a light from left to right & cast a shadow of that Point, bobbing up & down, in simple Harmonic motion, like a spring.  Part of that range could also be cast by the shadow of a Pendulum.

If we were to cast a shadow from a light below onto screen above, we would see the point moving to & fro in simple Harmonic motion, again representing the rise and fall of the Cosine [image rotated 90o].  If we were to allow those Points to have a pen attached in some way & have a uniform-speed of chart paper rolling underneath that pen. we would trace out a wavelike curve.  These in fact would be the graphs of the Cosine & Sine functions.

These Waves describe many physical phenomena, including Alternating Current. And so, we find that the Fourier transform is very useful in Electronics simply it exactly because of its component Cosine & Sine functions.  Again in Complex Space, the Exponential Function serves the role of combining these 2.

for very succinct summary of the teaching & practice, see:  www.ajatavada.com/
Posted by jstiga at 9:47 AM