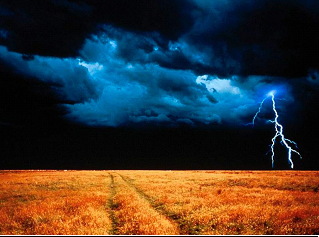 Through the miracle of Grace that penetrated me in the form of true all-embracing consciousness, so that the ghostly charade created by the evil Ego was abolished, I perceived that there was nothing that I needed to learn through the intellect.

The heart in which words & thoughts have subsided & which remains as the all-pervading reality in which there is no going, no coming, no contact with anything whatsoever, will overflow with the ambrosial clarity of the Supreme.

The practice of Abidance in the Self is to firmly hold the Mind in abeyance within the heart. It is not an act of thinking.

The enduring attainment is to become established in the Heart, abiding as the pure “I”, unruffled by the fierce gale whipped up by all the various branches of knowledge that are apprehended through the mind & senses, & cause us agitation.

All the information the Mind accumulates & all the experiences it collects are ignorance, false knowledge. Real knowledge cannot be found in the Mind or in any external location.

Don't be interested in the words that the Mind is serving up for you. It is putting them there to tempt you into a stream of thoughts that will take you away from the Self. You have to ignore them all & focus on the light that is shining within you.
:
Based on the Teachings of a great Sage:


The Senses are like so many languages, which express, in their own idiom, the un-objectified Being that is beyond the domain of expression.  The idea that objects exist independently of their being cognized.  Different people give different meanings to the word "Intuition", the unwitting practice of Introversion which refers back all objective experience to subjective Consciousness.  It is a gift, & one which may often be developed by proper training.  It cannot be held responsible for the rightness or the wrongness of the conclusions arrived at, nor does it bear any immediate relation to the degree of scholarly or aesthetic culture acquired by persons endowed in this manner. Culture may help to prevent, but it may also lead to, false conclusions. Something more than culture is therefore needed if intuitions are not to be misinterpreted by those who have them.

The training is the practice of Introversion that forms an important part of the Vedantic method.  It helps to lead to a state where Intuition, instead of remaining fortuitous, becomes the normal pattern of experience. But this state transcends what is normally thought of as Intuition.  It may best be described as the Realization of Non-Duality.

The Body could not exist without the Senses; & the Senses require the support of a Body. The Body & the Sensory faculty are therefore inseparable.  One may observe this upon Waking, when awareness of foreign bodies is seen to be allied with awareness of one's own Body.  The perceiver's Body & World form an indivisible whole.

The plain man knows of Subjectivity only through his experience of objects; & the objective side of experience is Sensory.  For him, therefore, the Sensory faculty & its supporting Body seem naturally to be on the side of subjective Consciousness. This makes him think of his Body as a thing apart.  But the Body is merely an object of Consciousness, one amongst others.

Although there are probably many gifted persons who could, if they wished, follow this path, the number of those who more than anything else desire spiritual knowledge is very small. "You can take a horse to water, but you can't make it drink."

The Truth is that there is one Existence, pure unalloyed Being, which is Non-Dual. It is indivisible &  undifferentiated. If there is an absence of Knowledge regarding it, if one is ignorant of it, that one Self appears as if a multiplicity. Commencing with the notion, the barest assumption, of  "I"  as a separate Individual, all diversity spreads forth. This is not a real creation of diversity.  It is only an illusion due to lack of Knowledge of the Self,

In a verse that refers to the “Silence” of Dakshinamurti, the primordial Sage & Guru, the Maharshi, says, “The One Self alone exists eternally." That is the Truth, with no ignorance prevailing. That is what is realized in Self-Knowledge, or Self-Realization, as we call it. If we think in terms of multiplicity, or differentiation, all of such starts with the notion of "I".  In order to realize the Truth in your own practice on a path of Knowledge & thus experience the unalloyed Bliss & Peace of that one Self, what is necessary is to thoroughly inquire. If you thoroughly inquire to realize what you are, you will find that there is no separate Individuality, or Ego, & consequently, that there is no differentiated assortment of beings, but just one Self. How does one mark off the differences so that he can say, "I," "you," "he," "she," "it," & "another'' ? This is done only by mis-identification

The purpose of Satsang is for you to have direct experience & Knowledge, not only later when you meditate upon what you hear, but even now as I am speaking. So, listen & meditate. Meditatively consider for yourself how you mark off what you conceive as “yourself” & therefore, what you think of as some "other." As long as there is a self, one among many, there will be many surrounding that one. How do you mark off yourself ?  Is it by misidentifying yourself as a Body ?  If you did liberate yourself from the "I am the Body" notion, the misidentification with the Body, how would you distinguish between “yourself” & an "other" ?  How would the concept of an "other'' remain ?  Absent the concept of "other," how would the problems that arise between "your self' &  an "other" remain ?

How do you mark off yourself ?  Is it as a personality, which is but a conglomerate of various ideas, some of those ideas being memory, some of those ideas being present-moment thoughts, so-called personal thoughts & emotional thoughts ?  Is this one who knows all those thoughts that person ?  If you can discriminate in this manner, distinguishing clearly what the nature of the Self is, how will you differentiate between yourself & another ?

"There is no Creation, no Destruction, no Bondage, no longing to be freed from Bondage, no striving for Liberation, nor anyone who has attained Liberation. Know that this to be Ultimate Truth."  –  the "no creation" , Shankara, Ramana,  – Ajata Vada
Posted by jstiga at 9:38 AM