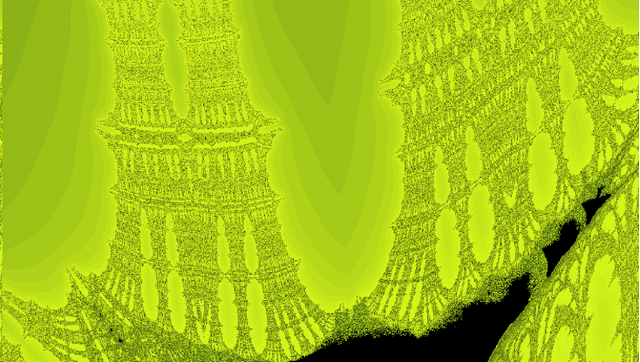 
Pure Being, our Self-nature, That alone exists eternally. Apart from That, all objects we perceive are clusters of illusive appearances that come & go, while That, unmoving & unchanged, abides the same forever.

Ignorance will not be eradicated except in those who, through the power of Self-Inquiry conducted assiduously within the heart, have attained the victorious absolute vision in which the whole panoply of manifestation is transcended, being seen as a mere Cinema show.

The infinite variety of false & treacherous modes of existence are merely brightly colored images appearing as if in a Mirror.  We must realize that the false & treacherous identification of the “I” with the Body is the seed from which these appearances arise to ensnare us, & we must reject it with disdain.

That which is spoken of as the Life of life itself is the true Life; That other "life" is merely the Body. That illusory knowledge mediated by the Senses is nothing but Delusion. The pure Consciousness that underlies it alone is true consciousness.

So long as one retains a trace of Individuality, one is a seeker still, & not a true seer effort free, even though one’s penance & one’s powers may be wonderful indeed.


Based on the Teachings of a great Sage:


We require no more time to think of any particular event in the Waking state than we do to Dream of it.  But if we can thus divide the Waking-state into thinking & the Perception of tangible objects, we must apply the same distinction to the Dream-state, for to the Dreaming subject, his experience is also one of Waking, divisible in the same manner, with 2 distinct standards of time. Thus, there is no necessary variance between thinking & Dreaming as regards our experience of Time.

These considerations have helped to establish the equivalence of thinking & Dreaming: both are states of mental activity.  If any difference in detail can be discovered, it is no more than the difference between one mode of thought & another.  We have seen that thinking, feeling & the Perception of tangible objects are activities common both to Waking & Dreaming experience, each being viewed from its own standpoint.

But on entering the Waking-state, a Dream is found to have been a mental product in every one of its aspects; & yet to the Dreamer the so-called Dream-state was one of Waking.  What reasons have we to suppose that the present Waking-state is anything but a mental product, just like a Dream ?

Tangible objects have no independent existence. They exist as notions in the perceiver's Mind; & thus between Mind & Matter the distinction is unreal, as it is also between the thought & the Perception of a tangible object.  To be awake has no meaning & there is no Waking-state: it is all a Dream.  But a Dream, so called only from the standpoint of an inexistent Waking-state, is also a misnomer.

Look at Dreaming & Waking from the vantage point of the single, immutable, & conscious Self which pervades & illuminates all our objective experience.  There being no essential difference between one state of objective experience & another, one term serves equally to describe all states in which the Mind is active.

Waking & Dreaming are states of mental activity, whose characteristic is the presence of a knower & a known, or a thinker & a thought, the one being conscious of the other.  Mental activity is therefore to be defined as the state of Duality, the Duality of Subject & Object, Seer & Seen.


Observing Life & Death, those who desire to be free of Death should seek the immortality of the Self, using that same desire be free of Death to find Liberation. Find clarity regarding the desire to endure, & thus turn this innate desire into the desire for Self-Realization. This Realization alone can fulfill that innate desire. Those who perceive mortality, feel the urge to find something that does not die. They recognize that everything in the World is perishable. Therefore what they seek must be found within in a way that transcends what is physical. They see that it is futile to be attached to that which is only going to pass away sooner or later, so seek spirituality for immortality. This immortality is to be found in the Self. Abidance as the Self is Knowledge of the Self. An Inquiry into the knowledge of Immortality reveals that Bliss & Immortality are the same & that both are realizable by Knowledge.

"There is no Creation, no Destruction, no Bondage, no longing to be freed from Bondage, no striving for Liberation, nor anyone who has attained Liberation. Know that this to be Ultimate Truth."  –  the "no creation" , Shankara, Ramana,  – Ajata Vada
Posted by jstiga at 10:32 AM