Essay outside of the NMT (No-Me Teaching) series 20 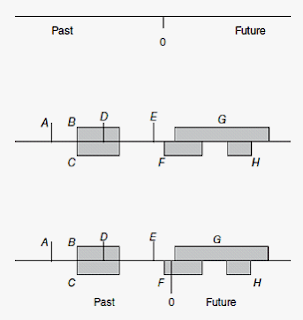 Some   Ramana Maharshi quotes:
Man is always the Self & yet he does not know it.  Instead he confounds it with the non-Self, Body. etc.  Confusion is due to Ignorance.  If Ignorance is wiped out, the confusion will cease to exist & the true Knowledge will be unfolded.
The thought "I have not realized", the expectation to become realized, & desire of getting anything. are all the of the workings of the Ego.
Be what you are.  All that is necessary is to lose the Ego. That which is, is always there.
Even now you are that.  You are not apart from it.
The degree of the absence of concepts is the measure of your progress towards Self- realization. But Self-Realization itself does not admit of progress, it is ever the same. The Self remains always in Realization.
The obstacles are concepts. Progress is measured by removal of obstacles to understanding that Self is always realized.  So thoughts must be checked by seeking to whom they arise.  Go to their source & they will not arise.
When one daily practices more & more abiding in the heart, the Mind will become extremely pure due to the removal of its defects, & the practice will become so easy that the purified Mind will plunge into the heart as soon as the Inquiry is commenced.
When you enter the inner stillness of Being,  the heart-going Mind is called the resting Mind.
When unity is replaced by a variety of perceived phenomena, it's called outgoing Mind.
Know that the Consciousness always shines as the formless Self, the true “I”.
Prior to excerpting the Ramana Maharshi disciple, Master Nome in the text below we continue the series:


The idealized alternative, Riemann’s “Axiom of Free Mobility”, finds counter-part in the Helmholtz idea of “rigid motions” that inspired Sophus Lie to formulate Transformation Symmetry groups in terms of Group Theory. Both Helmholtz & Riemann were doubtful regarding that idealized alternative which Einstein’s General Relativity threw out the window, thus casting doubt about our assumptions about both Space & material Objects.


Mentioned in last section regarding the traditional difference between Variables  " x" & " y" we considered "Dependent" & "Independent" Variables; "Intensive" & "Extensive" Variables.  Taking the pair 1st: intensive & extensive, we can note that extensive Variables compare to gross amounts, while intensive Variables can represent more abstract principles, less measurable like Qualia.  In that sense these latter tend to be more "Non-Dual", less gross & densely material.  Where such an Analogy breaks down is along the dependent – independent  axis thought to often run parallel to the  " y" – " x"  or intensive – extensive polarity.

What happened to  y  over the recent change in  x  becomes our best guess for what will happen to   y   in the next-most change.  So the Derivative is all about our anticipation of the Future, our hopes & our fears, our guesses, with successful guessing balanced by reasonable projections.  Since seeking Happiness, dictates all our choices, a projection in the immediate Present, pointing towards an estimated Future, like the Derivative is like an arrow aiming at, seeking, pointing to desired Happiness, at least in our Analogy.

The other shoe coming down under the foundation of Calculus, the twin counterpart to the Derivative, is the inverse of the Derivative. This  inverse is called the Integral. The Integral, which we will also attempt to simplify, establishes a longer record of the previous Past, accumulating results, averaging to some extent, & establishing a base of Reality & Identity, again least in our Analogy.

One could almost say that the Derivative was a continuous reevaluation. our changing of our course.  But actually the course is an issue of the curve itself, the Function.  That's the course over Time, or over Space, are over Angle etc. Applied to the Derivative, this is an ongoing perspective, how I look ahead, a viewpoint.

In that sense  the Derivative does compare with the actual motivation for every changing course, every maintaining the course, every choice & decision.  That motivation is the seeking of Happiness, & so that is one of the Analogies for which we can use the Derivative.  The Integral on the other hand is more like the accumulation of Memory, of things learned, of opinions solidified, by accumulation over Time, or Space, or Angle or whatever.

An interesting feature in Math is a small raised number or Variable put immediately to the right of a number or variable such as 3 or  x.  This raised, small number is called the Exponent & it tells you how many times to multiply the number or Variable by itself.

Continuing our elementary introduction to Calculus, we can look at the Derivative of any simple Term, which means a Variable to a given Power or Exponent, with a leading numerical Coefficient.

Now in our story of elementary patterns in Calculus, it is interesting to look at various Exponents or Powers of the number, or Powers of a Variable, including taking  x  to the 0  (Zeroth) Power & multiplying it by any Coefficient.

To multiply something by itself is 0 times does not leave you with 0.  It curiously leaves you with  1.

For those a little more familiar with Algebra, this can be easily seen (without the distraction of fuller explanation for now) on the following:

So a Constant number or a function like  y  =   5  has Zero or "no" Derivative.  Seeing that its graph is a horizontal flat line, it makes sense that it has no slope.

"There is no Creation, no Destruction, no Bondage, no longing to be freed from Bondage, no striving for Liberation, nor anyone who has attained Liberation. Know that this to be Ultimate Truth."  –  the "no creation" , Shankara, Ramana,  – Ajata Vada
Posted by jstiga at 11:14 AM