Essay outside of the NMT (No-Me Teaching) series 25 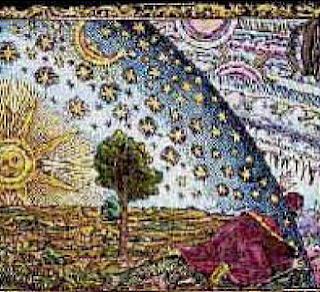 Your own Realization is the best help possible help to others. But there really are no others to be helped. A Realized being sees only the Self, just like a goldsmith estimating the gold in various items of jewelry sees only gold. When you identify yourself with the Body then only the forms & shapes are there. But when you transcend your Body the others disappear along with your Body-consciousness. Do plants, trees, etc. exist at all apart from the Self ? Find it out. You think that you see them. Thought is projected out from the Self. Find out from where it rises. Thoughts will cease to rise & the Self alone will remain.

It is like a Cinema-show. There is the light on the screen & the shadows flitting across it impress the audience as the enactment of some piece. If in the same play an audience also is shown on the screen as part of the performance. the seer & the seen will then both be on the screen. Apply it to yourself. You are the screen. The Self has created the Ego. The Ego has its accretions of thoughts which are displayed as the World, the trees & the plants of which you are asking. In Reality, all these are nothing but the Self. If you see the Self, the same will be found to be all, everywhere & always. Nothing but the Self exists.


Based on the Teachings of a great Sage:

An ever deeper study of the Quantum Mechanical Measurement problem warrants a survey of the Vedanta "Perennial Philosophy" model of Perception & Consciousness.  Reconsidering material Objects, we find that they can be said to be entities only on some Physical Plane, if they can be said to exist at all.  But Thought-forms are contained within a Subtle Mental realm without Physical substantiality, & so they cannot directly interact with the Physical Objects.  Thoughts exist, as it were, "in another dimension."  So the thinker never really thinks "of" a material Physical Object.  Rather it is that the thinker only holds a Thought-form in Consciousness.  And that Thought cannot truly interact with or contact a Physical Object.

Well, if the mental Thought-image of a supposedly Physical Object is further challenged, the question arises: where does it come from ?  One could not say that it arises from within another Thought-form, for what precedent or reasonableness is there for suggesting that one Thought-form could exist within another so as to arise from it.

Only Consciousness could be the source any given Thought.  But as regards that particular Thought, disconnected from any Object, we must still ask of its arising: why & how ?  The Vedanta "Perennial Philosophy" simply rebuts by asking the same questions about the Thoughts entertained by the hero of last night's Dream.

In the Dream, we must conclude that the Dreamer's Mind was the "reality" of the Dream.  As for the Universe, well then Consciousness is the vivid Reality.  The Thoughts of the Dream character & the Waking character likewise are both so ephemeral & insubstantial as to prompt more likely the single question: did the Thoughts really arise ?

Ultimately, the Vedanta "Perennial Philosophy" answers in the negative.  Only the present time impression of Objectivity casts a shadow of Past Thought & Past experience, much as if we were plunged into a fully operative Dream story, with the entire Past instantly fabricated.

Since every "thought" appears to arise in & merge into Consciousness, no such "thought" exists beforehand  & afterward. Consciousness is mistaken for the "thought" during the thinking, but is all that remains beforehand  & afterward [the unreality of Time aside for the purpose of discussion].  The subsequent creation of an entirely new thought, as though experienced some time earlier, is thereupon mistaken as "continuation" of the same thought.

To partially explain how the previously mentioned "complex" Exponential is related to Sine & Cosine, we can do that by peeking at what are called "imaginary" numbers.  Quadratic [x2] & more complicated functions yield solutions with apparent radicals [square roots] with negative arguments, an impossibility for Real Numbers.

To give an expression to such "imaginary" numbers [apparent radicals with negative arguments]. Unity is replaced by the square root of  –1, designated as i . So  5 i  has  5x  the magnitude.  When added to a Real Number, any Imaginary Number constitutes part of a Complex Number.  When plotted on an Argand Diagram, with an Imaginary axis taking the place of  a Y axis, we can see the Imaginary Number system, not as fanciful, but as "orthogonal" or at a Right Angle to the Real Number system, another "dimension" of sorts.

In any case, the "complex" Exponential,  eix  =  cos x   +  i sin x .  Besides connecting the Exponential to the Sine & Cosine functions, a connection already seen in the similarity of their Infinite Series expressions, complex numbers allows us a few straightforward Analogies.  In saying that the Imaginary Axis is in some ways at "right angles" to the Real Number Axis is seen again in Electronics phasor diagrams in which an Imaginary Axis is set at Right angles to the Horizontal X-axis.  That Imaginary Axis represents a Capacitance – Inductance axis at right angles to a Real Axis which is parallel to Voltage & Current in a Resistor [for a Series RLC relationship].

In other words, Inductance & Capacitance are in some ways opposed to each other.  And their combined difference when combined with Resistance is plotted as a Vector between the Axes on a Phasor Diagram.  This Vector than is a Complex Number composed of an Imaginary Number, for difference between Inductance & Capacitance, & a Real Number for Resistance, or more correctly, the Resistive Impedance.

So then composite Complex Numbers, with the term Imaginary, is not in that sense just a factor of Imagination.  And the ordinary numbers, called Real Numbers, are not so much more Real.  It's more like the Imaginary Number system is another number system "orthogonal" to or, as it were, at some kind of Right angles to do ordinary number system.

So instead of an Inductance – Capacitance difference, we really meant a difference in the Impedance that this Capacitive, & the Impedance that is Inductive.  Electronics aside, this provides us with an analogy for an Indian principle of 3 guna's or "qualities" of the Mind.
These 3 characteristics of Mind & Nature, Inert Tamas, Restless Rajas, & Elevating Sattva are seen in ancient Indian Sankhya Philosophy.

The moral is that to model opposing the Inert – Capacitive guna Tamas with the Restless –Inductive guna Rajas, we might use a final difference between the 2 "impedances".  This joint Impedance then, when combined with the Resistive Impedance which represents a more Real guna Sattva as a description for a mode of Mind.  That mode of Mind can be optimized for Meditation.

Now Resistance happens to be the reciprocal of the term we most likely compare to the elevating guna Sattva, namely the Conductance. So we let Conductance [or its Reactance] be compared to Sattva.  We seek to put the Mind in a more of a pure Conductance mode prior to transcending all 3 guna's.  To do this, we can either attempt to attenuate both Rajas & Tamas to 0, or as a second-best have their posing strengths cancel each other out, just as Inductive Impedance can cancel out Capacitive Impedance.

Applicable diagrams for a simple RLC series circuit & some of the relevant equations are seen above.  In plain English (& Sanskrit), we would like to eliminate the Rajas mode & the Thomas mode, Restlessness & Inertia.  Or else we can 1st have them cancel each other out, & then emphasize the Sattva elevating mode.  Then we transcend all 3 guna's.


[The above themes & 1600 pages more are freely available as perused or downloaded PDF’s, the sole occupants of a Public Microsoft Skydrive “Public Folder” accessible through:

for very succinct summary of the teaching & practice, see:  www.ajatavada.com/
Posted by jstiga at 10:22 AM