Essay outside of the NMT (No-Me Teaching) series 23 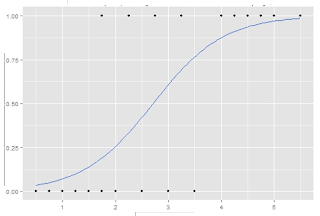 Algebra of  Logistic Curve
Some   Ramana Maharshi quotes:
All that you need do is to find out the origin of the "I-thought" & abide there.  Your efforts can extend only thus far. Then the Beyond will take care of itself.
The Ego-Self appears & disappears & is transitory, whereas the real Self is permanent.
You wrongly seem to identify the real Self with the Ego-Self.  See if that mistake has come about. The Ego-Self does not exist at all.
To whom is the trouble ?  The trouble also is imagined. Trouble & pleasure are only for the Ego.
Take care of yourself.  Let the World take care of itself.  See your Self.  If you are the Body there is the gross World also.  If you are spirit all is Spirit alone.
Do it yourself 1st  then see if the question of others arises afterwards.
There is no goal to be reached, nothing to be attained.  You are the Self.  You exist always.  No more can be predicated of the Self than that it exists.
Seeing God or the Self is only being the Self or yourself.
Seeing is being. You, being the Self, want to know how to attain the Self.
It is something like a man being somewhere & asking how many ways there are to reach the place & which is the best way for him. All that is required of you is to give up the thought that you are this Body & to give up all thoughts of the external things or the not-Self.
People say they aren't able to know the all pervading Self.
Even the smallest child says, "l exist. I do. This is mine."
Everyone understands that the thing "I" is always existent.  Only when the "l" is there, is there feeling you are the Body.
Knowing one that is always "visible" is one's own Self, is it necessary to search with a light ?
To say that we do not know the atma swarupa [the real nature of the Self] which is not different but which is in one‘s own Self is like saying, "l do not know myself."
The nature of bondage is merely the rising, ruinous thought "I am different from the Reality."  Since one surely cannot remain separate from the Reality, reject that thought whenever it rises.
You speak of memory & oblivion of the fullness of the Self.  Oblivion & memory are only thought-forms. They will alternate so long as there are thoughts. But Reality lies beyond these. Memory or oblivion must be dependent on something. That something must be foreign to the Self as well, otherwise there would not be oblivion. That upon which memory & oblivion depend is the idea of the individual self.
When one looks for it, this individual "I" is not found because it is not real.  Hence this "I" is synonymous with Illusion or Ignorance [maya_, , or ajnana].
To know that there never was Ignorance is the goal of all the spiritual teachings. Ignorance must be of one who is aware. Awareness is jnana.  Jnana is eternal & natural, ajnana is unnatural & unreal.
In Deep Sleep man is devoid of possessions, including his own Body.
Instead of being unhappy he is quite happy. Everyone desires to sleep soundly.
The conclusion is that Happiness is inherent in man & is not due to external causes.
One must realize the Self in order to open the store of unalloyed Happiness.
lf a man thinks that his Happiness is due to external causes & his possessions, it is reasonable to conclude that his Happiness must increase with the increase of possessions & diminish in proportion to their diminution. Therefore if he is devoid of possessions, his Happiness should be nil.  What is the real experience of man ?  Does it conform to this  view ?

for very succinct summary of the teaching & practice, see:  www.ajatavada.com/
Posted by jstiga at 12:44 PM