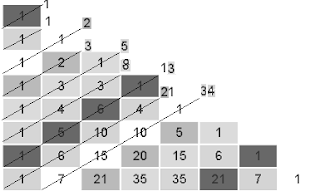 The Self, the home of blissful Awareness, is an Ocean vast of Peace serene. And he whose Mind turns inward & dives deep within it, gains the infinite Treasure of its Grace.
The darkness of Illusion never touches the Seer who knows his true identity as Awareness pure, vast as the Sky, bright as the Sun. Only the blind who think they are Bodies suffer from dark Ignorance.
That Heart which truly knows the Self is full of Love whence Bliss Supreme wells up for ever.
With Mind turned inward, drown the World in the great Void, dispel Illusion.  Beholding then the Void as Void, destroy the Void by drowning it in the deep Ocean of Self-Awareness.
Not in one single thing on earth can Happiness be found.  How could the Mind delude itself & think that Happiness can be derived from objects in this World ?
Perfect discernment, born of clear awakening, arises free from doubt. & pure of all  bondage, where there is no propelling power towards delusive Objects, once the division is made between the Real Natures of the Seer & what is Seen.
Transcending every visible object of Sense, fixing the Mind on pure Being, the totality of Bliss, with right intentness within &without, pass the time.
The motion of enticement to Sensual objects is the cause of World-bondage, through Attachment to what is other than Self.


As human beings, we experience 3 States, Waking, Dreaming & Deep Dreamless Sleep.  The first 2 [Waking & Dreaming] are states of mental activity, characterized by the Duality of a conscious subject & its object.  The 3rd  [Deep Dreamless Sleep] is a State of , characterized by the absence of objective experience & the continued presence of the Real Self, which may be described as Absolute Being, the Principle of Consciousness, & Peace.  The Real Self remains without modification in all 3 States [Waking, Dreaming & Deep Dreamless Sleep] but is beclouded, like the Sun, when Thoughts, Feelings & Sensory Perceptions occur.

The Real Self is not then directly apprehended, but is indirectly experienced through the sense of Personal existence, the consciousness of objects, whether these appear to be physical or mental, & desire, whose ultimate aim is always Desirelessness, that is to say, Unconditioned Peace.

These matters will be examined in the third & fourth parts of this book. Meantime, we must consider the nature of objective experience, that is to say, of Waking & Dreaming experience.  They are "prophetic", belong to the domain of Duality & are therefore to be classed with other states of Duality.
Objective experience is a blend of Thinking & Feeling.  The nature of Feeling cannot be understood until Thought as such has been fully analyzed.  By a Thought as such, is meant the formal product of cognition, whether Voluntary or Involuntary.  Cognition is either Introversive or Extroversive, that is to say, Subjective or Objective.  Pure Introversion takes us immediately beyond mentation.  This is because a Thought & its Object, whatever that Object may be, are inseparably One.

If, for example, we turn our attention towards Absolute Existence, which is the Real Self, objectivity vanishes & the Thought merges in Non-Duality. And on the other hand, if our attention is turned towards Sensory objects, the awareness of these objects constitutes

It is with this kind of Thought that we are at present concerned. Thought is the name we give to the apparent objectification of Consciousness.  We  speak of Thoughts as though they were real entities, since plain men regard them as such.  Abstract Thought & Generalization are linked to Sensory Perception, for in order to attain Abstraction or Generalization [4th Skandha], we must consider Particulars [3rd Skandha]; & the actual Thought [5th Skandha] that results is always in terms of the Senses [2nd Skandha], no matter how Abstract that Thought may be or by what intuition it may have been arrived at.

As an example, "man" is used denote the characteristics of the human state.  But no sooner is the word apprehended than some kind of visual representation appears, however vaguely, before the Mind's eye. Similarly, all Abstract notions, whether they refer to qualities, numbers, relations, or concepts, require the support of some object of Sensory Perception, even if it be only a symbol such as a cipher ["number", not only zero] or a sound.  Abstract Thoughts & Generalizations are therefore the objects of consciousness.  With some people, the reaction may not be Visual, but in any case it is Sensory.


Some selected verses from the Ramana Maharshi disciple Master Nome:


You have been inquiring into the Illusion for long time. It is about time to inquire into Truth. Everyone has already made a thorough exploration of the unreal. It is not necessary to do more of that. Inquire into Truth. Start with your own essential Existence.  Find out what is true about your Being. Do not halt your inquiry at things that are transient. Physical sensations are transient. Look for Truth more deeply. Your own Body is transient.  No cell in that Body has the meaning of your Life or has the Truth of your Existence contained in it. Set the Body aside as your definition, & try to find out the real Source, or Essence, of your Existence. The more deeply you proceed in this way, the more satisfied you will be. Find your Self, & it is the perfect fullness, which is something no object could ever give you. No object can give you what is actually yours.

Return to the basic Teaching that commences Self-Inquiry. You will find it at the very beginning of the Maharshi's book, Who Am I ?  Start with the basic question, "Where is Happiness ?" Inquire, "What is the source of Happiness ?" Every being is looking for Happiness, the deep sense of satisfaction, all the time through innumerable varieties of experience. The Maharshi points out that the deepest sense of Happiness is felt in the state of Deep Dreamless Sleep in which there are no objects, no Senses, no thoughts — not even thoughts about all that which has just disappeared & not even a thought about yourself. Yet, you are happiest then. You are at Peace then. He goes on to describe That which existed in a state of Deep Dreamless Sleep as existing right now for you, while you are in the . The Existence is the same. Something else has been added. That addition has subtracted from your Happiness. So subtract, or negate, that limitation. Become keenly aware of your own Existence as it really is. That is the perfect Fullness.

some other Mathematical wonder items:

Take any three successive Integers:  n, n+1, n+2
Add the digits to a Sum;
Add digits of the Sum to a new Sum & repeat the process.
Always end up with "6".

The previously seen Factorials [on polynomial series] like n! grow very fast, even faster than Exponentials whose argument is positive and greater than 1 which, which in turn grow faster than most other functions.  There is one well-known approximate form for the Exponential in terms of Logarithms called the formula:

Another function yielding exponentials is the "gamma" function, given in a number of ways such as:

Another instance, out of many, in which Factorials crop up is in elementary Probability.  The number of ways of arranging  n  things, called the Permutation of  n  things, which is given by:

Taking subsets within that group & individually counting various arrangements of those subsets is called Combination of  n  things, taken  m  at a time; and this is given by:

Squares, Cubes etc. of "Binomials" [like ( x  +  y)  will yield Polynomials whose Coefficients are given by such Combinations.  For example, in:

More illustrative is the Cube of a Binomial:

Curiously these Coefficients [& Combinations] can be generated in what is called Pascal's Triangle.  In Pascal's Triangle the Apex is a 1 & the next row has 1 & then 1 again, juxtaposed. Thereafter, any given term in the middle is formed by the addition of the term to the upper left asses to that in the upper right. Each row again begins & ends with 1, generating the Pascal's Triangle in this way:

"There is no Creation, no Destruction, no Bondage, no longing to be freed from Bondage, no striving for Liberation, nor anyone who has attained Liberation. Know that this to be Ultimate Truth."  –  the "no creation" , Shankara, Ramana,  – Ajata Vada
Posted by jstiga at 3:06 PM