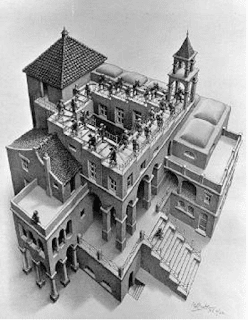 Those who have made the hardest sacrifice, that of the Ego, have nothing more to renounce.

Unlike the Ego which rises & sets, the true Self abides for ever the same. Turn your back on the false Ego, & so destroy it, & then shine as the one Self alone.

The true light of Awareness pure, subtle, egoless, non—objective, silent, which tires the mind & baffles it till it admits "I know not”, this is Being-Awareness, this the Self.

Here in this earthly life there is no greater good than gaining the grandeur of the Self supreme. To gain it & enjoy it, search within & first destroy the ego false & worthless.

What does one gain, you may well ask, by giving up the wealth immense of worldly pleasure & seeking only mere Awareness ? The benefit of true Awareness is the unbroken prevalence of Peace within the heart, the Bliss of one’s own natural Being.

True clearness, freedom from the mind's ripples & shadows, this alone is ever-fresh Immortality. By this Awareness pure, by this alone & by no other means, can Death, mere Delusion, end.

Though in this false World one may live on, the ending of both “I”  & "mine" in the clarity of true Awareness void of every doubt, this only is Abidance in the Bliss of being That.

Worth pursuing is Self-Inquiry, worth enjoying is the Self’s Infinitude. Worth giving up is the Ego-sense.  To end all sorrow the final refuge is one’s Source, the Self of pure Awareness.

The deeds we do in Dream touch not our Waking life, but slip away when we awake.  Even so, our deeds done in this clouded Ego-life disappear & leave no trace when we wake up in the divine white Light of Self- awareness.

One whirls & turns, pines in sore pain in this false Dream world, till at last the sleeper in his soft bed wakes up, the bad Dream ends, one feels relieved, untouched, free as the pure white Screen. Such freedom is Self-Knowledge pure.

Unconditioned Being, Non-Dual Consciousness, & perfect Peace, the 3 characteristics of profound Deep Dreamless Sleep correspond to the 3 constituents of individual experience, namely, Life, Thought & Feeling.  But they [the 3 constituents] are no more than aspects of the real Self which must be Single [Non-Dual] & immutable.  They/ It are Single because It observes, & therefore transcends, the variety of objective experience, whenever the latter arises; & immutable because it remains unaffected by the appearance or the non-appearance of that variety of objective experience.

We could not, however, know anything about it if we departed from our on "seeming" to enter the objective domain.  It follows that Non-Duality continues as the background of Duality.

An objection to our describing 1 aspect of Deep Dreamless Sleep as the state of Unconditioned Being is likely to be raised.  It is that the Mind, though in abeyance, cannot be wholly absent, for otherwise a sleeper could not be roused by Sensations.

The objection implies that what we view as Deep Dreamless Sleep, from the standpoint of Duality, is the experience of a "sleeper", that the subject of the subject-object relationship [a necessarily "Bootstrapping" or Dependent Origination relationship] remains, in fact, even when there is no objectivity.  The objection  assumes, moreover, that the Waking-Body persists in Deep Dreamless Sleep.

But when we are having no objective experience, there are no bodies & therefore no "others". The objection is therefore mot valid: what seemed to be a problem is merely a confusion of standpoints.  From the standpoint of Duality, experience must always seem to be personal & thus to be connected with someone's Body; but from that of Non-Duality, there is no Personality & consequently no "sleeper" & no sleeping-Body. The objection is refuted.

That which truly is never ceases to be; that which ceases never actually is.
That which truly exists never changes; that which  changes never truly exists.
That which is  changeless is without destruction; the  indestructible is only that which is without creation.
The Unborn is the  undying; the unchanging is alone Being which never changes its nature. The Self ever is just as it is.
There is no time when Being is altered. There is no time when you are not the Self.
Immutable Being is Peace itself.  Being alone knows itself, the "I"-less "I" realized as "I", forever undefined, the only Existence, the only Knowledge, the only Knower.
Thus is Brahman, Absolute Reality, always present, unmarred  perfection, the unformed Void, attribute-less Being, ever itself just as it is. The only identity, only  Reality, Being alone knows itself.

"There is no Creation, no Destruction, no Bondage, no longing to be freed from Bondage, no striving for Liberation, nor anyone who has attained Liberation. Know that this to be Ultimate Truth."  –  the "no creation" , Shankara, Ramana,  – Ajata Vada
Posted by jstiga at 10:51 AM