Essay outside of the NMT (No-Me Teaching) series 22 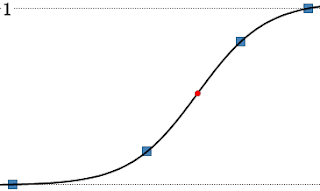 Of 3 classes of spiritual aspirants, the most advanced realize the Self as soon as they are told about its Real Nature.
Those in the 2nd class need to reflect on it for some time before Self-awareness becomes firmly established.
Those in the 3rd category usually need many years of intensive spiritual practice to achieve the goal of Self-realization.
As a metaphor, Combustion describes the 3 levels: Gunpowder ignites with a single spark, Charcoal needs application of heat for a short time, & wet Coal needs to dry out & heat up over a long period of time before it will begin to burn.

For the benefit of those in the top 2 categories it is taught that the Self alone exists & that it can be directly & consciously experienced merely by ceasing to pay attention to the wrong ideas we have about ourselves, These wrong ideas are collectively called the "not-Self‘ since they are an imaginary accretion of wrong notions & misperceptions which effectively veil the true experience of the real Self.

The principal misperception is the idea that the Self is limited to the Body & the Mind. As soon as one ceases to imagine that one is an individual person, inhabiting a particular Body, the of wrong ideas collapse & are replaced by a conscious & permanent awareness of the real Self.

There is no question of effort or practice All that is required is an understanding that the Self is not a goal to be attained, it is merely the awareness that prevails when all the limiting ideas about the not-Self have been discarded.

Perfect Bliss is Brahman.
Perfect Peace is of the Self.
That alone exists & is Consciousness.
Happiness is only the Nature of Self.
Self is not other than perfect Happiness.
Happiness alone exists.
Knowing that & abiding in the state of Self, enjoy Bliss eternally.

The obstacles which hinder Realization the Self are habits of Mind [vasanas].
Overcome the mental habits [vasanas] by realizing the Self.
It is the Ego which raises such difficulties, creating obstacles & then suffering from perplexity of apparent paradoxes.
Find out who makes the Inquiries & Self will be found.

Calculus for Yogis, part 6
Now just as we call the Integral the inverse of Derivative, will then Derivative is the inverse of Integral.  This reciprocal kind of relationship also applies to functions themselves.  So the inverse of Multiplication is Division as we saw in going from Polymer Derivative to Integral; & the inverse of Addition is Subtraction.
Well the inverse of something more complicated like the Exponential function acquired the name Logarithm.  This was part of its role in making calculation feasible before they were calculating machines.  The qualities of Exponents are such that Multiplication of Terms raised to a Power involves Addition of the Exponents.  And so the Logarithm creates a relationship between Multiplication & Addition. So devices like a slide rule could use Addition distances to effect Multiplication & tables of Logarithms allowed Addition to serve the purpose of Multiplication,
Logarithms, the inverse of the Exponential function happens to be called the Natural Logarithm designated "ln x" whereas "Log x"  with no special base mentioned is assumed to be aligned with the Decimal number system, meaning the inverse of 10x , that is the Log to the base 10, can often just be called "Log" as the default.
But with computers using Even numbers of what are called "buses" or wires to build on the duality of 0 or 1, of a voltage On /  voltage Off, the Binary number system introduced the usefulness of raising 2 to various powers, or taking the Logarithm to the base 2.

In any case, the Logarithm serves another good purpose, besides being the Inverse of Exponential.  It gets us around the difficulty of dividing by 0 when we take the Integral of 1/ x .  There it looks like raising the  –1 power to 1 higher would take us to Zero power, thereby "losing" the Variable since x 0  =  1.  Mysteriously, that Integral turns out to be "ln x";  &  d x/ x  =  d ln x.  On occasion we will glance at "Mysterious" coincidences presented to us by Mathematics.  The relationship between   ln x   &  1/x   is only a minor example, only slightly mysterious.  Uncountable others show up in the annals of Mathematics a few small examples here follows:

There are no tricks explaining these coincidences, even multiple coincidences in one expression, like there are tricks in some elementary grade school math puzzles.  These truly amazing coincidences, when by accident noticed by mathematicians & scientists, are sometimes referred to in ways like "God winking at you."