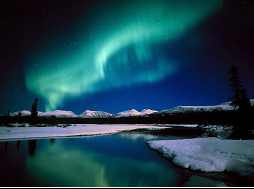 
As the Mind rests more & more in the Self behind it, it is more & more freed from outward imaginings; when imaginings are put away & no residue left, he, enters & becomes the Self.

The Knowledge of the Real by the Eye of clear insight is to be gained by one's own sight & not by the Teacher's.

Instead of looking outward at Objects, you observe that looking.

True natural Consciousness which goes not after alien objects is the Heart.  Since actionless Consciousness shines as real Being, it's joy consist in concentration on itself.

Not all not like other things unreal, but always by its being Real, the Self as permanent Awareness has no other dwelling place than its own radiant Consciousness.

The Self, our Being, is Consciousness.


As such, Abstract Thoughts & Generalizations, objects of Consciousness are quite distinct from Introversion. An object of Consciousness may be defined as whatever can recur in Memory, for we remember only those things we have known.

But Objects as such are never actually perceived.  Sensory Perception gives us no more than the bare Sensations of Sound, Touch, Sight, Taste, & Smell: it does not present us with ready-made notions of Objects.  How from simple Sensations we form the complex notion of an external World bound by Time, Space, & Causality must be part of our Inquiry.

Regarding how the Notion of an Object arises, Sensory Perceptions give us no more than Sound, Sight, Taste, Smell, & Touch [to include all kinds of cutaneous sensations, prick, pain, temperature, touch & kinesthesia].  This Inquiry has little to do with the aims of academic Physiology & Psychology, its purpose being wholly different from that of empirical Science.  We use Sight as the most general term for Form, Shape, & Color, that is to say, for all that is Visual.

By the bare Sensations of Sound, Touch, Sight, Taste & Smell, the Perceiver is repeatedly & similarly affected by a more or less constant group of Sensations.  He then forms the notion of a specific Object [Particulars – Species, 3rd Skandha], or kind of Objects [Abstraction or Generalization, 4th Skandha].

But this is not to say that what stimulates Sensory Perception has any real existence apart from its being perceived.  If we abstract from our notion of an independently existing Object the Qualities our Senses have given it, its materiality & objectivity vanish & what remains is Nameless, Formless Being.

When you make a deep, meditative Self-Inquiry to know your Self, it does not have other things, even in the subtlest form, floating in it. There is just one's Self, without form & without boundary. If an "I" arises, there is going to be "other." The "other" might be subtle [mental, astral, etc.], or it might be gross [physical]. It might be other thoughts. It might be other bodies, objects, etc.
If there is an "I" [Ego version] all that may follow. The way is inward. Proceed with an inward turned Mind. What is meant by an outward turned Mind is a Mind that imagines all those things. An outward turned Mind is a Mind that becomes attached to all the outer objects it has itself imagined. So, you are advised, “Turn your Mind inward to find the Truth & to find lasting Happiness.”
An outward turned Mind is a Mind busy projecting a World within itself, much like the way the Mind functions in a Dream State. An outward turned Mind projects an "I" & a "this" & the interactions between them. The Dream State, itself, makes up all the Dream happenings, subjective & objective. In a Dream, you have inner thoughts & you have outer Sensations. Something happens in the Dream, & you have some thoughts about it, & maybe some memories about it later in the Dream. You have the inner side [dream thoughts] & the outer side [dream body]. All that is made up of the Dreaming state of Mind. The Mind functions in the same way in the Waking State. In the Dream, it seems so real. When the Dream is over, you are prepared to say that all of it is unreal. In the Waking State, the case is the same. The Mind functions in the same manner, & while the Waking State occurs, the State & its content seem like they are so real. Upon Self-Inquiry, such turns out to be not so real at all, just like the Dream happenings. An outward turned Mind means one conceiving of all of that within itself, dreaming, of inside & outside, subtle thoughts & gross Perceptions. An inward turned Mind means that which is going to the Source, to the Heart of that "I," which is revealed not to be an Ego or an Individual, but to be Space-like & Vast, the real Being.

"There is no Creation, no Destruction, no Bondage, no longing to be freed from Bondage, no striving for Liberation, nor anyone who has attained Liberation. Know that this to be Ultimate Truth."  –  the "no creation" , Shankara, Ramana,  – Ajata Vada
Posted by jstiga at 4:49 PM