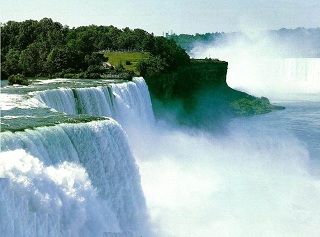 
The nature of my realization was such that the ‘I’ that asserts its own reality was revealed as false & disappeared, but not the ‘I’ that is the unique, pure, non- dual Self that exists permeating all things equally.

The , in which the Grace & Wisdom of the Self is directly experienced, will not come into being unless we separate ourselves from the illusory World of the divided Mind so that it can no longer exist. Therefore we must thoroughly investigate & comprehend our own Self, so that the hostility of the ghost-like Ego, that brings with it the torment of an understanding based on differentiation, may cease.

Through tenacious Self-Inquiry into the Self the pure “I” springs forth, eliminating the false personal Identity. We should realize that that true “I”, filled with the Light of our own True Nature, is the Supreme Reality itself.

Dualistic concepts such as “I”  & "He" are a treacherous trick of the mind that assumes the form of the Body. Eliminate therefore this powerful mental imagination & discern the Self.

Even now, if you entirely eradicate the personal Ego based on the multifarious nature of the non-Self, you will experience an intense & limitless Awakening, as your true nature, the Supreme Self, shines out.

Realization in all its clarity flourished in the form of Self-Consciousness, the light of Truth shining in the Heart as the vast expanse in which there is no arising of the contemptible Ego.

The death of the Ego, which arises as “I” in conjunction with the Body's physical form, is synonymous with a new Existence in the luminous firmament of the Supreme, free of the embodied Mind's forgetfulness of the Self.

The Ego self is like a poison which has its origin in & thrives upon a fundamental misapprehension.  Here in the World it is an enemy masquerading as a friend & you should root up & cast out every last vestige of it.

Allow Reality to shine as it truly is without any obstacle whatsoever by means of the destruction of the age-old deceit of the hostile Ego.


Wanting to rise above the commonsense outlook, just as we cannot gauge the exact color of objects if we always wear tinted glasses, we cannot know the true nature of our individual experience if we persist in viewing it from the standpoint of Individuality. Thus the commonsense outlook must be surpassed if we would understand our individual experience aright.  Common Sense, in truth, is synonymous with Ignorance: &  Ignorance breeds doubt. As a practical measure, therefore, we would do well to seek the motive of every philosophical question. If its purpose was to elicit an answer tending to establish the validity of the Commonsense, Waking, point of view, we should reconsider the whole problem from the standpoint of Consciousness. Then it can be seen in its proper perspective, or else it may vanish.

Waking experience, like the experience of Dreaming, is a product of the Mind.. We have found that all Sense-objects, including our Body, exist solely as Notions, in other words, that they exist only when thought of.  Thus the distinction between Physical & Mental objects is unreal. The difference lies, not in the nature of the objects, but in the different quality, or intensity, of thoughts.

Extroversion seems at one time to assume tangibility & at another it does not. Why should this be so ?  It would necessitate an excursion into the fields of Cosmogony & Evolution. That would be to concede that appearances as such existed independently of their being cognized.  Nothing, moreover, could possibly be gained from such a concession.  If we were to fall back upon some outside principle by way of explaining the origin of manifestation, we would still be unable to find any reason for the First Cause.


Look in this way, & there are no others.  Look in this way, & there is no separation between yourself & the true Self you are attempting to realize.  There is no difference between the seeker & what is sought
This is just timeless Truth, eternal Truth, just one Self.  In experiencing Self-Knowledge, there is no distinguishing between the knower & the known.  There is no separate realizer & thing realized, no knower & no known.  It is Self-Knowledge­-of-oneself, one Self knowing oneself, one Self—not another. It is Non-Dual.  Experience this for yourself by inquiring.  When you inquire deeply, the entire notion of differentiation is burnt up, is consumed, & becomes absurd.

"I am the very Existence of all." Can you understand it now?  That which truly exists, never ceases to be. That which truly is never changes.  That which is Real, does not depend on anything else to be or to be experienced.  This is Being.  Earnestness, Renunciation of Attachment, & introspection in the form of Self-inquiry are what are necessary for Self-Realization.  The Knowledge of the Self is the Knowledge of all.  As the dimension of depth of the image in the mirror does not truly exist, so differentiation does not exist in the one Self.  The Ego is a false assumption & nothing more.  The Ego is a false assumption assumed by no one.  The Eternal Silence of the Self is the Uncreate in which nothing has ever occurred & in which nothing ever will occur.

Something else, be such called an "it" or "this," & some­thing else, be it called an individual "I" or by some other name —any kind of something other—is just not true.  There is just one Self.  Realizing this for yourself there is Perfection.  There is Peace.  There is unflawed Happiness.  This is just the honest Truth.

When you thoroughly recognize Ignorance as Ignorance, it is no more for you.  This recognition may start with understanding, “This is not necessarily the Truth”  or  “This is not the best that I know”  or

”I know something higher than this.”  It can he that simple.

"There is no Creation, no Destruction, no Bondage, no longing to be freed from Bondage, no striving for Liberation, nor anyone who has attained Liberation. Know that this to be Ultimate Truth."  –  the "no creation" , Shankara, Ramana,  – Ajata Vada
Posted by jstiga at 9:48 AM