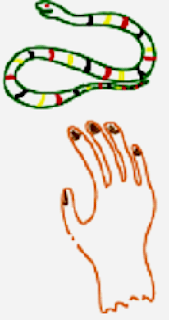 Methods of "Self-surrender" & "Self-denial" are equivalent to Self-Inquiry, so long as Individuality, Ego is erased.

Self-Inquiry does not change the reality of the self, but only reveals it.

It is clear that one thing can never change into another without the destruction of its essential form.
If its essential form is destroyed can the thing remain over ?  Unless it remains over how can it be said that it has changed into another, since its identity is lost, and there is nothing to connect it with the new thing ? Thus a thing can never undergo a change. Consciousness as the only changeless principle. It is the changeless nature of Consciousness that is falsely attributed to the objects of Consciousness.

Being always the Knower, one can never come under the category of the Known.  Even the word Knower is wrong, because the changeless Knower is Knowledge (prajnanam) Consciousness  itself –  not an embodied being.

Motion is one graphic example of change for which physical examples of Dependent Origination abound, such as wind which loses all existence in the absence of motion.  Change & Time are both required for motion, which in itself is never experienced.  The Quantum particle trajectory images in a Bubble Chamber are the still cartoon & cinema frames sequenced to induce a sense of motion.  All of these closely parallel the static sense Perceptions which the Mind "smoothes out" to create a sense of motion.  This is much in the same way that the Mind "smoothes out" the black spot on the white page.  The eye loses vision of the spot when that spot is aligned to the optic nerve's entry on the retina.  But by optical Illusion the Mind views continuous white by assuming that the unfocused spot most likely resembles the background, that is the white page.

In just this way does the Mind "smooth out" the sense of motion and the entire World process for that matter.  Traditional Indian analogies for such an Illusion include the imagined Snake seen in the coils of a dimly lit Rope.  Likewise there is the fearsome ambush in the night felt to be coming from the peripheral sighting of a Tree Stump in a dark forest. No one actually sees the motion of the Sun or Moon across the Sky, those processes by which we chart Time.  We only presume its slow progress by comparing positions at different times.  When we examine the record of past Memory to find it to be

"You refer to sound, taste, form, smell, etc.  True, the realized Sage appreciates the distinctions, but he always perceives & experiences the one Reality in all of them.  That is why he has no preferences.  Whether he moves about, or talks, or acts, it is all the one reality in which he acts or moves or talks.  He has nothing apart from the supreme truth."

"It is like a Cinema-show. There is the light on the screen & the shadows flitting across it impress the audience as the enactment of some piece. If in the same play an audience also is shown on the screen as part of the performance. the seer & the seen will then both be on the screen. Apply it to yourself. You are the screen. The Self has created the Ego. The Ego has its accretions of thoughts which are displayed as the World, the trees & the plants of which you are asking. In Reality, all these are nothing but the Self. If you see the Self, the same will be found to be all, everywhere & always. Nothing but the Self exists."