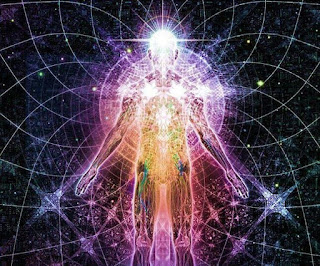 To go beyond the illusory boundary of Life & Death, to go beyond the limitations of Life, & to not wish to suffer death, clearly discriminate between Existence or Consciousness & prana or Life–Energy.

Prana  signifies the Life–Energy, that which seems to animate the Body & the Senses, without which they are inert.  Prana in various combinations with the Body, Senses, & the Mind is that which is responsible for the experience is called "physical" & "subtle/ astral".  Without such animating Energy, there is no bodily or Sensory experience.  A corpse has no experience.  The Sense organs, though perhaps intact, are not animated & do not produce any experience.

The result of Self-Inquiry to know the Self is Abidance as pure Existence–Consciousness, which transcends the animate & the inanimate, but which never dies.  This is Abidance in the invariable State of the Self.  As long as one is identified with the prana, there will be a differentiation of living & dead, & the one Existence which ever will appear "veiled" by the darkening, obscuring, inertial, tamasic principle of Ignorance, avidya, ajnana (avarana, avritti).  When this mis–identification is destroyed through Self-Knowledge, this Duality vanishes.

Comparing & contrasting the Self & Prana (a partial Checklist):

(1) Fluctuation
a) Existence does not fluctuate.

b) Prana undergoes fluctuations from Birth to Death, in health & sickness, & varies according to lifestyle & activities.  Even such every day experiences as feeling bad, feeling sick or worn out, feeling exuberant, or hung-over, energized, or withdrawal, all such can be attributed to ups & downs in prana.The Senses cannot be considered to be the Self.

(2) Objectivity
a) It is not being alive that enables one to be conscious, but Consciousness that knows the state of being alive.

b) The animating prana  is objective.  It is something experienced & not the Consciousness that knows it prana.

(3) the Body
a) The Self is not located in a Body or spatial in any manner.

b) The Life–Energy seems to locate itself throughout the Body.

Prana cannot be equated with the Self.
The above themes & 1600 pages more are freely available as perused or downloaded PDF’s, the sole occupants of a Public Microsoft Skydrive “Public Folder” accessible through:

for very succinct summary of the teaching & practice, see:  www.ajatavada.com/
Posted by jstiga at 2:22 PM