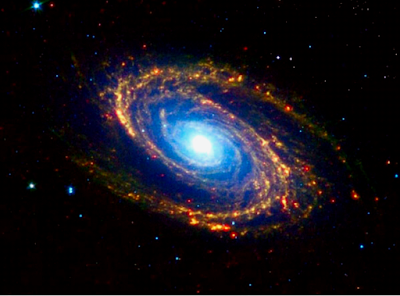 [based on Ramana Maharshi's teaching]

Know the Existence from the Existence itself.  Who remains "outside" to have had Illusion ?  One cannot think about the Self.  Inquiry to Know that Self is for Abidance in That as That Existence itself, which is the vision of Truth.  To see the Reality which is seeing one's own Self starts by first recognizing the Self's freedom from Thought.

To know Existence disentangle the pseudo-connection between the Self, one's Identity, & what ever is thought of. Whatever may be the Thought, it not oneself. One has never thought of the Self, & never will. "I" will know my Self, but never think of myself.  There is no reaching the Self.

If Self were to be reached, it would mean that the Self is not here now that it is yet to be obtained.  What is got afresh will also be lost.  So it will be impermanent. What is not permanent is not worth striving for. The Self is not reached.  You are the Self, you are already that.  You are ignorant of your .

Ignorance [ajnana, avidya, maya] supervenes & draws a veil [tamasic avarana, aside from rajasic vikshepa projection or vivarta super–imposition ] over the pure Self which is Bliss. Attempts are directed only to remove this veil of ignorance which is merely wrong knowledge.  The Inquirer is the answer to the Inquiry into the Self.

What is this undeniable sense of Existence ? Certainly I do exist.  What is this "I " which is known as myself  ?  "Where" does this "I "arise from.  What is the inmost. subjective background of Self ?  Who am I ?

Objects require a Space in which to exist & Space without objects is neither perceivable nor even strictly conceivable.  And so by the principle of Dependent Origination, Space too is a conceptual Illusion.  Even the characteristics of Location & Dimension maintain a reciprocal relationship of Dependent Origination with regard to Space itself.  Such is much like the mutual interdependence of "wind" & on the other hand "air & movement".

In fact stripped of such characteristics & the objects it might contain, Space is quite difficult to conceive of.  This inconceivable essence of Space represents one of the best objective analogies for the indefinable subject Reality.

As for Space, this imagined background continuum for the multiplicity of discrete objects is mentally constructed by the Temporal sequence of Visual & other Sensory perceptions.

We note the Time it takes for any Sense mode to scan along an object.  We then transform the Time of visual perception, for instance,  into the concept of Length & in this manner construct 3–Dimension of Space.  Conceiving an opposing" (orthogonal) "direction" we scan & extend a 2nd direction, & thereby Surface & 2–Dimensional Space.  The same scanning process in yet another direction gives us the sense of Volume & 3–Dimensional Space.  We previously related the sense of time to a sequence of thought.  Now we have a way of understanding how time can be projected into Space, by timing the scanning of Sense perception.

The concept. of Space serves as headquarters for all perceivable objects. This resembles our own Body which is the headquarters for our perceptions. One could almost say that Space is the imagined Body of the cosmic Personality, God, or at least the sum total of all consciousness beings. Likewise Time is like the Mind of God, or of all consciousness beings. But if God then appears to be a concept, albeit an  exalted concept, there where is to be found the Ultimate or Absolute Reality ?  Only as the true "I". the Self, Consciousness.

"There is no Creation, no Destruction, no Bondage, no longing to be freed from Bondage, no striving for Liberation, nor anyone who has attained Liberation. Know that this to be Ultimate Truth."
–  the "no creation" , Shankara, Ramana,  – Ajata Vada

for very succinct summary of the teaching & practice, see: