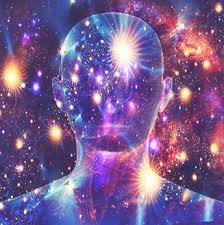 (1) Characteristics
a) The Self is not the Body.  The Self is bodiless, unchanging, indivisible, unborn, undying, indestructible, ever–existent, continuous, formless, partless, beyond the elements or matter, non-dependent, & self–existent forever.  This is beyond doubt.

b) The Body is changing, divisible on, is born, dies, is indestructible, falsely–existent, dis-continuous, with form, part, made of elements of matter, dependent, & not self–existent.

(2) Motion & Action
a) The Self is motionless & actionless.  The Self is not affected by the actions of the Body. The Self does not act, move, or change by the results of motions & actions of the Body. Abidance in this Knowledge alone constitutes the truly still & actionless State.  This alone is truly Liberation from karma, which can never be achieved within the context of "I am the Body" notion & its corollary concept "I am the doer".  The Self is free of Birth to Death inclusive of everything in between. The Self is Existence–Consciousness & is never non–existent or in–sentient. In Delusion one thinks that the Self, of the nature of existence consciousness parishes rather than that the bodily definition, being with a beginning & being false, cannot last.  Existence–Consciousness as it is purely, is bodiless and has neither Life nor Death.  In Knowledge, this is self-evident.  Thus one who abides in this Knowledge of the Self abides in imperturbable Bliss

b) The Body moves & acts.  All physical experience, from Birth to Death inclusive of everything in between, is only for the Body. The Body is inert & not endowed with Consciousness.  Existence–Consciousness plus bodily definition is falsely called "Life", which not being Eternal or True has a corresponding Death.

for very succinct summary of the teaching & practice, see:  www.ajatavada.com/
Posted by jstiga at 11:40 AM