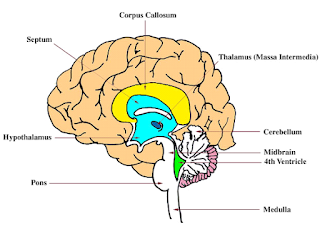 Those who are introspective, observing the changeful nature of thoughts in States of Mind, & desiring to be free of the Mind, are intent upon discerning the inconceivable Self that is not to be mis–identified with thought.  Liberation from thought means Abidance as Pure Consciousness. Such Abidance is Freedom from all States of Mind [Waking, Dream, & Deep Dreamless Sleep] & their content.  It is awakening from this Waking Dream.  It is the Realization of that which is not a State.

"Mind" signifies all thought, & Liberation from the Mind means Freedom of all thought of every kind.  There are innumerable permutations of thought.  Some deal with the Senses & some are associations with the impressions past impressions of the Senses.

Some thoughts are more subtle and some are abstract thoughts.  Some thoughts are Memories.  Some thoughts may appear as emotions of various kinds.  Thoughts that are more clear which are sattvic in character (of the nature of the guna: sattva), they point towards Knowledge.  Self-knowledge is Liberation from all of those thoughts.
The Mind may be understood in terms of its aspects, such as manas & buddhi (choosing, imaging Mind & Intellect), or else as manas, buddhi, and chitta [mindstuff] (Mind, Intellect, & Memory).
Inquiring to know the Self, one can see that thought is a power capable of appearing in multiple ways or permutations with varied content.  The same power of thought may appear individually in patterns, in modes, or as States of Mind.  Knowing this one can take Sri Ramana Maharshi's direct approach [vichara atma, Self-Inquiry] of liberating the Self from all of the Mind at once.
Free oneself from the Mind, from thought, release it realizing that all Duality, which is all experience other than the Self, is a creation of the Mind.  Such creation is due to thoughts & is composed of thoughts.  Abidance free from thought requires one to abide free of Dualistic notions regarding the Mind itself the unmoving Self does not travel through the Mind & thought does not drag the ever–still, transcendent Self about.  The Self is Silent and untouched, endowed with the Supreme solitary power of Reality.  It is not contend with thought, as if thought were an enemy with its own power.  Self-Inquiry entails freedom from the pursuit of delusive thoughts, that in the form of tendencies or vasanas, form samsara.

for very succinct summary of the teaching & practice, see:  www.ajatavada.com/
Posted by jstiga at 4:15 PM