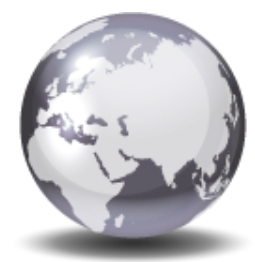 Somewhat unstated in the last installment, was an initial position of granting some provisional reality to a World so that, even examined on its own terms, such a World reveals inconsistencies that point instead to a higher Truth.  That rhetorical presumption, for the sake of discussion, is even more the case in the next topics.

Subtle thought cannot touch a material object or material World.  So that even if there was a World, thought could not tell us anything true about that World.  Those perceptual thoughts that interpret Sense signals are subject to the same limitation.  So that even if the Senses did provide real information about a real World, the perceptual thoughts by which we process that information, could never connect with, really touch an objective World.  That means we could never prove the actual existence of such an objective World.  In the absence of such proof even being possible, there is no reason to assume the unprovable reality.  There is no reason to think in those terms at all.  In addition, even within the assumption of World, by reason of the Checklist points enumerated below, the Self never connects with, never really touches an objective World.

Comparing & contrasting the Self & the World (a partial Checklist):

(1) Change
a) The Self is changeless.
b) The impermanent World is changeful.

(2) Creation–Destruction
a) The Self is permanent with no creation or destruction.
b) Each of the objects of the World has a creation, a changeful duration, & a destruction.  This is true of all objects & for the World as a whole.

(4) Sense–Perception
a) The Existence of the Self is not Sense perceived, but is known more interiorly.
b) The World is composed of innumerable parts & divisions.

(5) Multiplicity of Parts & Divisions
a) The Self is One, partless, & indivisible.
b) The World is perceived only through the Senses.

(6) Form
a) The Self is has no Form and is purely formless Being.
b) The World is composed of forms without which there is no World. There is no formless world.

(7) Subject / Knower –  Object / Known
a) The Self is ever the Subject, the Knower.
b) The World is only the Object, the known.

That which is true of Existence & Consciousness of the Self is also true of the Bliss of the Self.  The 3 are not actually 3, but One & the same.

"There is no Creation, no Destruction, no Bondage, no longing to be freed from Bondage, no striving for Liberation, nor anyone who has attained Liberation. Know that this to be Ultimate Truth."
Posted by jstiga at 7:40 AM