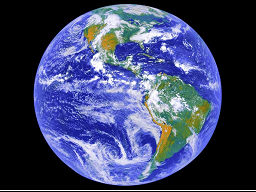 In the Teaching of Non-Duality, the term "World" means everything that is perceived, whereas other mental activity falls in the category of that which is conceived, as in Dream, day-dream, imagination, feeling, etc.

All objects, all activities, all events, the perceived outer forms of living beings, anything in Space & Time, & anything seen, heard, touched, or sensed in any manner.

Transcendence of the World is liberation from Bondage & Suffering in relation to all of those.  Putting aside perception of the World allows the recognition of Reality as it really is.  Reality is not anything of the World, & is only recognition by Knowledge of the Absolute Non-Dual Self.

Reality is beyond the World, & Self-Knowledge reveals the True Nature of all that is to be the Self.

Detachment from the World & the Senses, dis–identification with the Body, noting the passing, transient nature of all things in the World allows direct experience of the Knowledge of Reality for those who Self-Inquire.  They view the World as transitory, as inert, & as a passing Dream.  They never expect the World to provide us with our own Happiness, Identity, & Reality.

Happiness, the Bliss of Existence-Consciousness-Bliss, Sat-Chit-Ananda is Reality, Brahman, non–different from Atman, the Self, one's own self.  To transcend the World [like the New Testament's "look I have overcame the World"] is to remain Blissful at Peace, in Freedom in the Knowledge of the unreality of the World.  This is the Self's freedom from the Illusion of the World.  This is the perception of Reality, Abidance in wordless Existence.

In that the true perception, that transcendence of the World, lies limitless Freedom, unaffected by anything of the World.  This is direct experience of indivisible Reality, the true experience for those who inquire to know Brahman–Atman, which is the sole existent Self.

for very succinct summary of the teaching & practice, see:  www.ajatavada.com/
Posted by jstiga at 11:12 AM