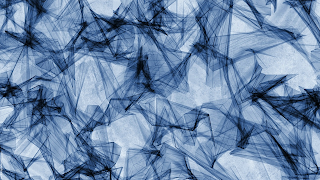 Self-Knowledge is not merely a "blank mind" in which thought activity is temporarily stilled.  For Self-Realization one should know the Self's freedom from thought & the true nature of the Mind.  Inquiring, "For whom is this thought ?" & "For whom is this Mind ?",  One should seek the knowledge of the Self, beyond all mental modes & States of Mind [Waking, Dream, & Deep Dreamless Sleep].

Checklist points demonstrating that the Self never connects with, never really relates to the Mind.

Comparing & contrasting the Self & the Mind (a partial Checklist):

b) Thought is changeful.

b) Thought is multiple, appearing ultimately as thoughts, modes, and states.

(3) Homogeneous
a)  The Self is homogeneous.

b) Thought has many aspects.

(4) Continuity
a)  The Self is continuous Existence–Consciousness.

b) Thought is sporadic & each thought is momentary.

(5) Disappearance
a)  The Self does not rise and has no disappearance.

b) The rise and fall of thought can be observed by anyone who meditates with depth.

b) The Mind is the so-called "field" [from the Bhagavad-Gita].

for very succinct summary of the teaching & practice, see:  www.ajatavada.com/
Posted by jstiga at 4:25 PM