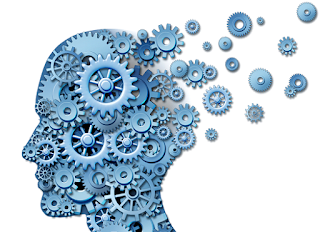 All is thought, inclusive of the large & the small, now & then, this & that, you & he, he & she, here & there, Past, Present, & Future, all things, all actions, all occurrences, Life-&-Death, & all that is considered the Universe – Individual – God.  The Self transcends all this because it is free from thought.

Thoughts move in modes.  Innumerable thoughts & modes are contained in 3 States of Mind [Waking, Dream, Deep Dreamless Sleep].  In the first 2 [Waking, Dream], thought projects itself into itself, & the content of thought changes according to those States. The is equal to the .  In both, the same Multiplicity manifests.  In both, Subject & Object appear.  The same kinds of mental function appear in both States.  In both, the same tendency to identify as a particular character with a particular body exists.  Cause & Effect are present in both States.  Both are characterized by the non-perception of Reality & a mis–perception of Reality, which are equivalent to not seeing a rope & imagining it to be a snake.

These 2 states, Waking & Dreaming, are mutually contradictory.  Everything experienced in a given State changes within the State itself or changes with the changing of the State to another State.  Only Existence–Consciousness remains the same, unaffected by the changes in such experiences such as a change of State.  So what is present in the may be absent in the , & what is present in a Dream is absent in Waking.  What appears within the State is that State of itself.  The Dreaming State of Mind itself appears as all that is experienced in the Dream.  So too is it with the experiences.  The State of itself comprises all that appears within that State.

for very succinct summary of the teaching & practice, see:  www.ajatavada.com/
Posted by jstiga at 5:21 PM