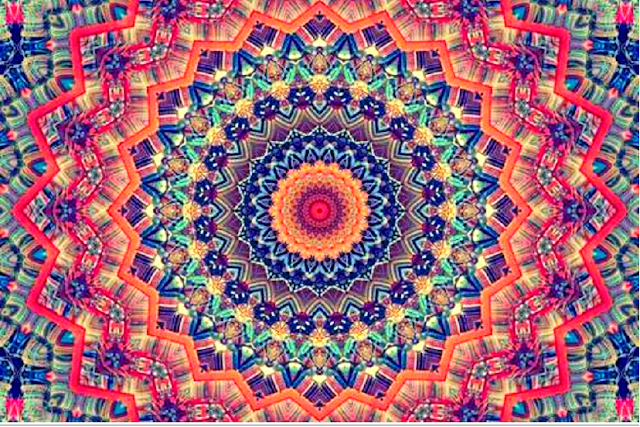 Observing Life & Death, those who desire to be free of Death should seek the immortality of the Self, using that same desire be free of Death to find Liberation.  Find clarity regarding the desire to endure, & thus turn this innate desire into the desire for Self-Realization.  This Realization alone can fulfill that innate desire.  Those who perceive mortality, feel the urge to find something that does not die.  They recognize that everything in the World is perishable.  Therefore what they seek must be found within in a way that transcends what is physical.  They see that it is futile to be attached to that which is only going to pass away sooner or later, so seek spirituality for immortality.  This immortality is to be found in the Self. Abidance as the Self is Knowledge of the Self.  An Inquiry into the knowledge of Immortality reveals that Bliss & Immortality are the same & that both are realizable by Knowledge.

As a result of comprehending the Non-Dual Teaching, one is liberated from the illusory connection to the Body & what is mortal.  The fusion of the desire for Happiness & the desire to exist results in one being endowed with a singular focus upon Self-Realization.  This enables one to practice the Inquiry to know the Self with the power of undistracted meditation. Fullness & Perfection, the unceasing Bliss, reside in That which neither rises nor sets, which neither begins nor ceases.  The experience of Happiness is connected with the desire for Eternity.  No one desires a Happiness that will cease. Rather, the desire is for Happiness that will not cease & is forever.  The desire for Immortality is as strong as the
desire for Happiness. The 2 are inextricably woven together.  Just as no one wishes to be unhappy, so no one wishes to cease to exist, though one may wish objective appearances, such as the Senses, the Body, & the Thoughts to cease.  All with to continue forever.  This is an intuition of the true nature of Existence.

The desire to exist cannot be fulfilled externally in bodily forms.  The time state of Being, when it is unrealized & delusion is present, manifests as the desire for this or that to last. Realized, the Self itself is the un-born & the un-dying.  The Self abides in the state of imperturbable Peace, completely detached & non-dependent on anything else.  The Self is transcendent of the entire Universe for all Time. The desire to endure springs from the deepest & is fulfilled by realizing the deepest, which is the eternal Existence of the Self.  Immortality is complete Happiness, for the essence of both is the same, & only that which is unending is complete.  The transitory is not complete, & that which is Suffering is not Eternal. The Realization of the Self is blissful Immortality. It is Abidance in & as That which has no beginning or end. The desire for Happiness & Immortality are the same. They come from the same intuition of Truth of the Self. Only Abidance as the Self which is the Reality, fulfills both.

The Self is That which has no beginning or end & is That which is Real or truly existent. The Self is changeless. Whatever has a beginning or a change & an end is unreal.  The “being unreal” may be understood as being utterly non-existent, or as the Existent entirely mis-perceived.  To experience blissful Immortality, one must realize the Existence of the Self as it really is; one must abide as the beginningless & endless, as the changeless.  The Knowledge of the Self is the Knowledge of the Eternal, the unchanging, & the completely blissful.  It is the Knowledge of Reality.  This is the only true Perception To see anything else is to see the non-existent.  That is Ignorance. Ignorance is composed of assumptions & superimpositions.  It is the non-perception of Reality & the mis-perception of Reality.  That displays itself as the non-seeing of Real, Non-Dual Being & the hallucination of Duality or Multiplicity.  The knowing of anything, be it gross (physical) or subtle (mental, etc.), without the Knowledge of the Self, is simply diversified Ignorance, or diversified Illusion.  In the Knowledge of Reality of the Self, there remains neither Multiplicity nor Duality, nor anything else. One Formless Existence is with no differentiation whatsoever.  One Formless Existence appears as if it were all this multiplicity.  All the multiplicity is only the one Formless Existence imagined as such.

for very succinct summary of the teaching & practice, see:  www.ajatavada.com/
Posted by jstiga at 6:12 PM