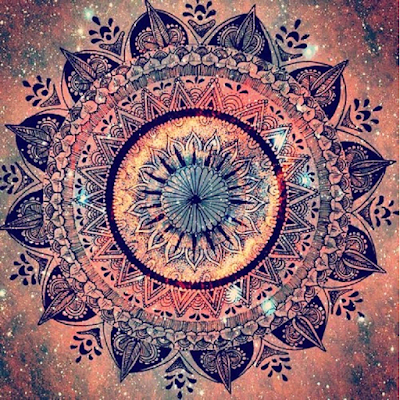 For Self-Realization it is necessary to know the Self as transcendent of bodily form & limitation. By liberating oneself from the ignorant mis-identification with the body & its attributes, one abides as the Infinite & the Eternal.

Those who understand that they seek a Realization that is not a bodily state, & who are neither enamored of nor ashamed of the Body, seek to discern the Self’ s ﬁeedom ﬁom the Body & its attributes. That is, one should know the Self’ s transcendence of all bodily deﬁnition. The results of this knowledge of the Self’ s freedom from the limitations of the Body & its attributes are Bliss & Peace that are undisturbed by bodily conditions.  There results spiritual freedom from birth, growth, decay, illness, & death, as well as transcendence of action.

Intent on the Supreme Knowledge, remain detached from the Body, its attributes, & its activities. Utilize the bodily form, while it is alive, as an instrument for selﬂess activity inspired by Wisdom, by the desire for Liberation, & by the immensity of Grace.

Act with corresponding equanimity, purpose, & devotion. The bodily activities are used as an instrument that expresses the divine. By contemplation on its wondrous working, the Body may be viewed (using scientific insight to self-inspire) as a reminder of Supreme Consciousness by which it appears, as the entire Universe appears. The emphasis is placed, not on the reminder (the Body, the Universe) but on that (Consciousness) of which one is reminded.

Be unmoved by Pleasure & Pain, motion & inactivity, Birth & Death. For invariable Bliss, one must know one’s ﬁeedom from the Body & all bodily attributes. Knowledge is Realization. It is neither something done nor is it any bodily transformation. Rather, it is the comprehension of What is true.

The Self is Formless, Birthless, Deathless, & unchanging. The Self is Eternal & Infinite Existence-Consciousness-Happiness. Realization of this Truth results from liberating the Self by the essential Discrimination inherent in Self-Inquiry, liberating from the illusory Bondage of Ignorance. That Ignorance is composed of the delusive assumption that the Self is something other than the true Existence that it is. It is possible to realize this true Being only if one is thoroughly free of the Ignorance that consists of Mis-identification with the Body. For a Body has Form, Birth, Death, change, & does not last forever & is not Infinite. As long as there is any Mis-identification with the Body, the Real Nature of the Self will not be known. Or else, the Self will be misconceived in terms of the limitations of the Body. “Then misconception is relinquished by a deep Inquiry into one’s actual Existence, the nature of the Self is self-evident.

The Self is partless, indivisible, homogenous, pure Existence. This Existence is beyond its name. The Body is a multiplicity of elements & organs, a conglomerate of cells, apart from which there is no entity that can be referred to as a “body”. The Body is matter.

The Self is immaterial, so Existence cannot be equated with the Body.  The Body is composed of matter, the very same matter that is contained in the food that the Body consumes. Why should one regard that Body as one's self ?

[Never mind what you think of the Body-making-food when your Body is done with it.]     :—)

for very succinct summary of the teaching & practice, see:  www.ajatavada.com/
Posted by jstiga at 5:32 PM