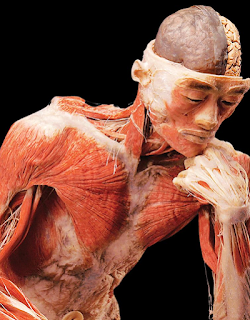 The removal of superimposition is accomplished by Self-Inquiry. This is the intention of the negation of the Upanishads, “neti, neti”, “not this”. Such indicates the negation of one’s attributes, identity, or definition, of what is not truly the Self, not the essential Existence, or pure Consciousness. The removal of superimposition is the revelation of the Truth.  The Truth, or the Reality, is not newly created, nor did the superimposition diminish it in any way, just as the snake did not chase the rope away. But to see the rope, the Imagination of the snake must cease. Similarly, to know the Truth of the Self, Ignorance must cease.

True Knowledge is not experienced unless the prior ignorant conception is negated, just as the snake notion is destroyed to see the rope.  The Self, of the nature of pure Consciousness, is self-existent & can never be negated. Egoism has its origin in Delusion & has for its object that which is only imagined. Its definitions are only thoughts. The discernment of “Not this, not this” negates the very existence of Egoism along with its origin, its effects, & its imagined object.

All qualities, gross (physical) or subtle (mental), ought to be negated from the Self, from one’s Identity. If one is to know the Self as it is, whatever be the qualities attributed to the Self, be they physical or mental, they are to be regarded as mere ornaments. These should not be regarded as the Identity of the one who “wears” those “ornaments” (qualities).

The Self’s existence is independent of all & is different from all that is objective. The objectified “I” is the Ego. The superimposed objective portion of the “I” – consciousness should be abandoned, for it is not actually the Self.  Negation of what is objective means also negation of the Ego.  What remains is that which is implied in the aphorism: Aham Brahmasmi – “I am Brahman”. Only Brahman can be itself, 1 – without – a – 2nd.  That is the only true “I”.

Brahman is Unborn, Immortal, Imperishable, Age-less, & all-comprehensive.  The same Absolute Brahman appears, according to one’s understanding, as God, who is said to be the Lord who dispassionately dispenses the results of karma, or as the Witness, which is Consciousness in relation to all else, or the attributeless, eternal “I”, of the nature of the indivisible, non-dual, Being-Consciousness & which alone is without – a – 2nd.

The Self has neither rise  nor set, is neither in darkness nor illumined, but is always the spiritual Light, with nothing material or mental in its nature at all. The distinction between the Self & oneself is due only to superimposition, which is like imagining different openings in a castle wall, for instance, to be different spaces, rather than perceiving the castle space itself. The Self is non-dual, 1 – without – a – 2nd.  It is neither distinct nor in relation to anything else.  For non-dual Existence means there is no other. There is, thus, no difference or non-difference, no oneness or manyness, & no separate knower or doer or experiencer.  The Self has nothing to accept or reject. And there is nothing, or no one else to accept or reject the Self. There is no one else to think the Self is, or that the Self is not. Such is the Truth regarding the Self.