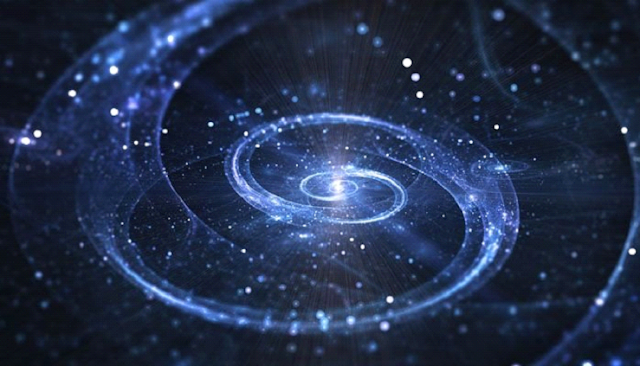 The Mind & its modifications, in the form of thoughts, modes, & states, are limited.  The Self, unlike any of the Minds, is not of limited knowledge, for Supreme Knowledge is the Self’s true nature.  That  Supreme Knowledge is unmodified Consciousness itself, which is the Self itself.  The Self has no Ignorance, just as light has no darkness.  The Self is also without change, without impurity, ever beyond conception, forever beyond the Senses, & never of a material nature.

The Self is, by analogy, said by the Wise, to be like sunlight, while the Mind is like a crystal. And the various Experiences are like the colors seen in the crystal. The significance of this analogy is that all objects are seen in the Mind only by the light of the Self.  Objects of knowledge, sensed or mental, appear only in the Waking & Dream states. When these Waking & Dream states are not present, no such sensed or mental objects are experienced. Yet the Knower (the Self) is always the Knower, never ceasing, unlike all that is unreal. For the Knower is formless Consciousness. Duality appears only in those Waking & Dream states & is thus likewise unreal. For what is Real must be Real always. By relinquishing the superimposition of the known on the Knower, one then abides as the Non-Dual Knower, unceasing Consciousness, always.

Prior to the discrimination of the Self & the non-Self, one may think that the Absolute does not exist. One may doubt that the Self alone exists. After such discriminating Self-Inquiry, what was thought of as an Individual self is known to be only Brahman. There is no Individual self, or Mind, which would have done such thinking. Upon such Self-Inquiry, the experiential Knowledge is that only the Self. Brahman is, & the Individual & Mind are only Brahman & nothing else.

For the Self, which is of the nature of pure Consciousness, the connection to any objective experience, mental or sensed, is a product of delusion.  The "I" is truly free of all attributes, & is not associated with any quality or entity, & is ever non–objective.  The Ignorance that imagines otherwise is purposeless.  That Ignorance merely creates Bondage among the ever-free, Suffering in the midst of Bliss. This is like drowning in a mirage whose “waters” serve no purpose. If the delusive attempts, to connect the Self with what is not the Self, are given up, the Mind rests in Brahman, the Absolute Self, “as if free from Bondage”, say the Sages.  In Reality, that Self was never bound.  The Self is ever Unborn & ever free of Duality.

for very succinct summary of the teaching & practice, see:  www.ajatavada.com/
Posted by jstiga at 3:46 PM