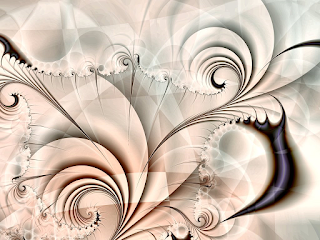 All the efforts involving mis-identification within the Mind & all the superimposition of experience upon the Self produce only Illusion & not anything real.  The Illusion is that of limitation by Form; the Illusion of being a Body, or at a location; the Illusion of perishability; the Illusion of the belief that something destructive of Bliss can exist; the Illusion of differentiation or division into parts, & of connection with actions & their results. The Self is actually all–pervading & space-like, imperishable. The Self is the eternal Bliss itself, Siva, un-differentiated & un-divided, partless, actionless, & free of all  karma.

The infinite Self is only one, & nothing other than the Self can belong to the Self.  Therefore the Mind cannot belong to the Self. The Self is ever unattached & cannot belong to anything else.  Therefore the Self is unaffected by anything done by the Mind.  When attachment is present, even as the notion of possession, the possessor, as it were is possessed by the possession.  Since the Self is unattached to all, including the Mind, the Self is possessed by none & is not affected by any.  If one becomes detached from all things & to one’s own thoughts in the Mind, he finds that what he has reached was the real Self all along.  Since there cannot exist a Mind that is something other than the Self which is Infinite & Non-Dual, the Mind cannot have, in Reality, any activity or its results.

In relation to all, the Self is the Witness, & being such is attributeless.  The Witness is That which never changes, but which knows all the changes –  thoughts, modes, & states – of all Minds.  The Witness knows all the functions of the Mind in Waking & Dream.  In the absence of the Mind’s functions, that is without those 2 states of Waking & Dream, what remains of the Witness is pure Consciousness, which is omnipresent & immutable.  This the Self, the true "I" which is free from Ignorance & has no attributeness, no functions, & no qualities, & which is transcendent of all 3 States (waking, dream, deep dreamless sleep).  Space-like & never tainted by any of the defects or limitations of the beings that Consciousness indwells, Consciousness alone is the Self.

The Self is free from all notions, forms, & actions.  The Self is always 1 – without – a –  2nd.  Adi Shankara proclaims that, as long as there is no Self-Knowledge, the identification with the Body & such, & the belief in the authenticity of Sense-Perceptions continue, just as Dreams appear to be true as long as one does not wake up.  To spiritually wake up, one must know the Self truly.  The Reality of the Self is pure Consciousness with no Duality & with nothing else existing whatsoever.  One cannot have simultaneously the Knowledge of the Self along with the idea of oneself as the performer of activity, or an experiencer.  For steady unalloyed Knowledge, one should cease such mis-identification.

for very succinct summary of the teaching & practice, see:  www.ajatavada.com/
Posted by jstiga at 11:05 AM