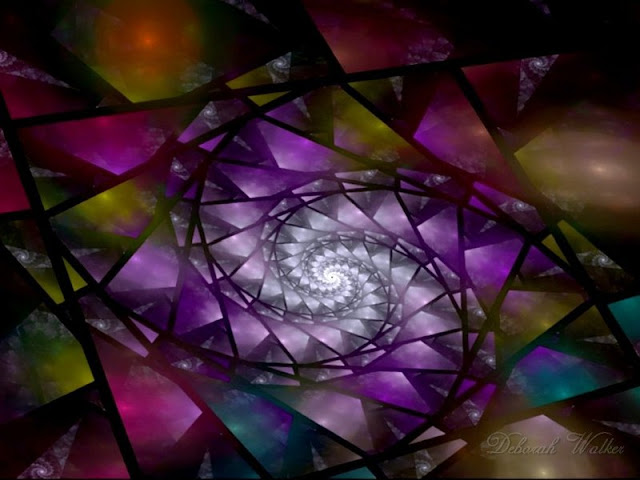 On a path of Self-Knowledge, discrimination signifies the ability to discern what is true & also implies the ability to determine what is false or unreal.  By so discerning, or discriminating, one pursues Truth to realize it & destroys the Dream of Illusion or Ignorance.  Ignorance creates Suffering.  What destroys Ignorance reveals blissful Freedom, or Liberation.  Ignorance is destroyed when one discerns that it is, indeed, Ignorance & not the Truth.  Ignorance exists & is binding only if one conjures it up & believes it.  If, by discrimination, one discerns its un-reality, or false nature, Ignorance no longer binds & ceases to exist.

If one is immersed in Samsara, the repetitive Cycle of Illusion, Birth, & Deaths, filled with Suffering, the way to liberate oneself is by Self-Knowledge. Liberation, which is the goal of spiritual practice, is one’s own if, inquiring to know the Self, he discards all notions of  “me” & “mine” attains complete certitude as to the Space-like nature of Reality, & “abides” devoid of physical & mental forms, & the assumption of an Ego-entity.

If the Self would change states, such as states of Ignorance & Knowledge, of Bondage & Liberation, that Self would be destructible, & Liberation itself would be artificial or unreal. Liberation is not a change of state from one state into another state.  It is not reasonable to imagine a separation & later union in relation to the Self, for then both would be transitory. Transience cannot be attributed to the Real, just as the unreal cannot be attributed to the Real, or the dual to the Non-Dual.  Since there truly can be neither later union nor prior separation, Liberation cannot consist of an Individual entering into Brahman or Brahman coming to the Individual.  The True Nature of the Self is never destroyed, is changeless, is uncaused, & cannot be obtained or lost.  Any new appearance, or coming into being of any state would be the Effect of a precedent Cause. Such would be changeful, transitory, & not self-existent. Such cannot be permanent Liberation.  Self-Knowledge alone is Liberation.  Knowing the Self to be oneself is the greatest attainment.  To wrongly assume the non-Self to be the Self is Ignorance.

The removal of the superimposed mis-conceptions of what the Self alone is constitutes the path to Liberation.  No other view is reasonable, since such always involves some Dualism, some belief in an existent individual experiencer & a self-existent objective thing. There is also then the conception that Reality becomes other than what it is, & that the unreal actually comes to be.  Liberation cannot be a change of condition, because such involves mutability & thus destructibility, parts or divisions, & a change in its nature.

Any belief that superimposition occurs on some substrate of non-existence, or that belief that Illusion can actually create itself, or that there is no Absolute Self, all such beliefs should be abandoned. This is because of the existence of Being itself is irrefutable. Furthermore, it is not reasonable that something could come out of “nothing”. Superimposition (in Illusion) occurs on some real thing, & this for “someone” who knows the Ignorance.  What is it Ignorance of ?  And who knows is the Ignorance for ?  If one so inquires, one find that Being alone exists, Consciousness alone exists.

for very succinct summary of the teaching & practice, see:  www.ajatavada.com/
Posted by jstiga at 10:31 AM