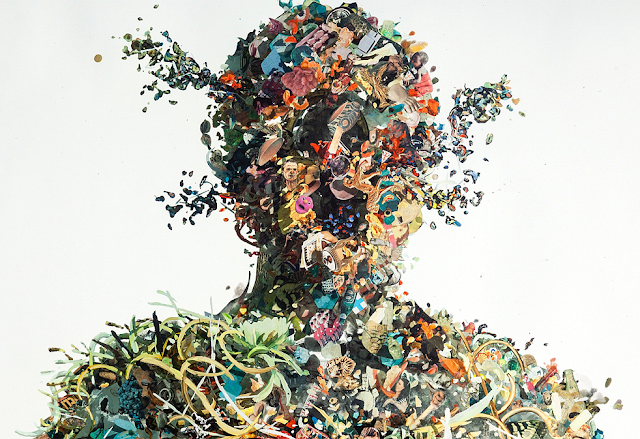 Thought cannot exist without Consciousness.  Consciousness exists without thought however.  The self–existent is alone Real, & the dependent does not truly exists at all (Dependent Origination).  Thus in reality, thought is unreal & the Self alone is Real.  The unreal is not an attribute of Reality, the Self.

The Mind is nowhere but in the Self, yet in the Self there is no Mind.  The Self is not in the Mind, though the self alone pervades the seeming Mind to such an extent that the distinctions of Pervader & Pervaded do not exist.  Though thought exists only as the Self, the Self has never become a thought & has never given rise to a thought.

for very succinct summary of the teaching & practice, see:  www.ajatavada.com/
Posted by jstiga at 7:32 AM