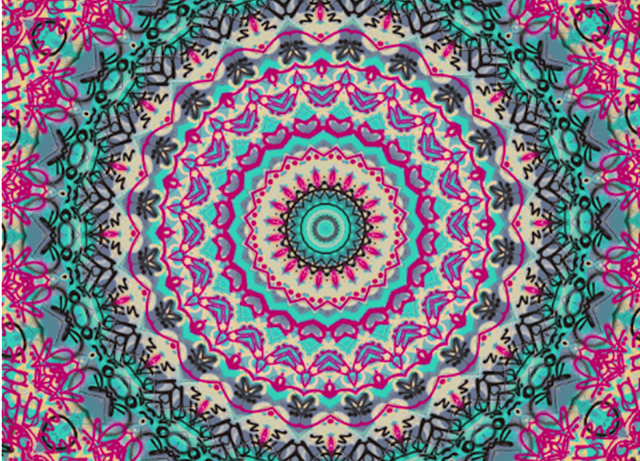 Regarding the great aphorism, “Thou art That (Tatvamasi)” wise Sages declare that the primary meaning of That is the Absolute, Brahman, & the primary meaning of Thou is the Knower, or "I".  The essential meaning of That is the true Self.  The essential meaning of Thou is only pure Being, pure Consciousness.  The meaning of both is thus the same, & this is what "Art" expresses.  "Art" is an expression of complete Identity.  "Art" is realized by the relinquishment of other ideas regarding That &, most importantly, by Self-Inquiry into Thou. The deeper the inquiry into Thou, the more That is known as it is, for Thou Art That.  No repetition of the idea, “I am That” “l am the Self,” or “I am Brahman” is intended, for such implies difference between the instructed & the instruction, between the meditator, the meditation, & the meditated upon, between the one desiring Liberation & the Liberation itself, between the self who would know & that Self to be known, & between the realizer & the realized.  The Non-Dual Teaching of Identity with the Absolute Self, Brahman, is to be practiced by Self-Inquiry, full of clear Discrimination, that frees one of the false notion of Doer–ship, of being a sensing entity, of being an experiencer, of being a thinker, & such, & that Self-Inquiry discerns fully that the one Self is not the Body, Mind, or Ego, or anything connected with these.  Then, one knows one’s own true Self to truly be Brahman.

The Knowledge of the Self becomes possible only when the Ego vanishes.  What remains is the Self-evident, the Self-Knowable, the eternally existing, the forever liberated that has never been bound. The Freedom & Happiness of this Realization have no cause or reason.  They are self-existing, as Being itself is.  Only unhappiness & Bondage seem to have reasons, which, with Self-Inquiry, are found to be merely Ignorance.

The direct path of Knowledge is that in which one discriminates as described here, renounces the actions of the Body & Mind, frees himself from the ideas of being a Performer, experiencer, thinker, ete., abides free of outer sensing & inner conceiving activities, & thus knows the Self to be That. The practice of the Teaching of  "Thou art That" is the Self-Inquiry: “Who am I ?”  When the Knowledge of the Self which is the Absolute, is not contradicted by the false notions that one lacks Bliss & has desires, that one is not Consciousness & does [is the Performer of Action], & that one is not Being but is a bound entity, without such contradictions, the Knowledge is firm.

Supreme Knowledge, Consciousness, is Brahman [prajnanam brahma].  Attain Liberation by Knowledge & realize that true Knowledge is the Eternal, Supreme Consciousness itself. This Self is Brahman [ayam atma brahma].  Inquire “Who am I ?" & realize pure Being as the One–without–a–2nd [advaita].  I am Brahman. Abide in the natural state of the real Self, in the state of Identity with no other "I".

for very succinct summary of the teaching & practice, see:  www.ajatavada.com/
Posted by jstiga at 11:38 AM