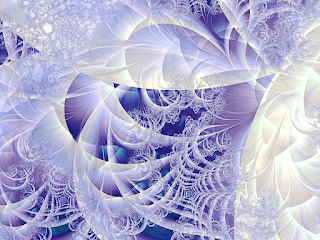 Liberation is by Knowledge alone & Knowledge is neither sensory nor conceptual in nature. The Self that is realized by such Knowledge has neither Inner nor Outer, but is ever-existent, omnipresent, indivisible, & ineffable.

The true nature of the individual self is actually Brahman.  There is only one Self, whether imagined to be individualized, or else realized as it truly is.  If one inquires into this apparently individualized self, all that one finds is the Self, which is Brahman.  All that is thought to make oneself different from the Self can be relinquished by the Self-Inquiry that negates mis-identification, which is the questioning “Who am I ?”  For this reason the Upanshads instruct neti, neti “not this, not this”.

One should meditate on being the Witness & not anything witnessed, whether the witnessed be a known Conception or a known Perception.  The entire personal orientation should be utterly abandoned. The Identity & the Reality should be known as the Witness. And all that is witnessed should be known as not the Self & as unreal.  The meditator should discriminate more & more finely between the Knower & the Known. Thereby mis-identification ceases. Thereby superimposition of the Known upon the Knower ceases.  When the Witness alone remains as one’s Identity, & as Reality, all that there is pure Consciousness which is real Being.  It is an "I"–less "I" with nothing else whatsoever.  Until the Self is realized firmly, one should discriminate between & cease to mis-identify, inquiring with as “Who am I ?”

Knowledge is “Abidance” (in & as the Self) free from any identification with the Body, the Mind, & the Ego.  Delusion is the mistaking of oneself for the Body, the Mind, & the Ego, all of which are objective.  Such Delusion veils the Blissful experience of the Self.  One cannot have simultaneously the ideas” “I am this, I am like this, or I do this or that” & at the same time have the Knowledge of being the Self.  There one ought to persist in Self-Inquiry so that one becomes free of such ideas.  This involves the cessation mis-identification with the Body & the Mind. Since Being is not the Body or the Mind, one never does anything. Similarly, Being is never “this” or “like this”, but is only Being.

Ignorance makes one believe that the Mind, which is illumined by Consciousness, is the Self.  The Mind’s apparent power of knowing is only the “reflected light” of Consciousness.  This is like seeing sunlight play upon a shiny object & thinking that the light seen actually originates from the illumined object.  Mistaking the Mind for the Self is like mistaking the reflection in a mirror to actually be one’s actual face.  Mistaking the Body for the Self is taking a corpse to be alive & holding it dear, & this is the cause of Suffering. Mistaking the Ego to be the Self is like believing, as fact, the mythological story or someone who was never born.  Mis-identification is the cause of confusion. Self-Knowledge is “Self-Abidance” with no false identification with the Ego, Mind, & Body.

for very succinct summary of the teaching & practice, see:  www.ajatavada.com/
Posted by jstiga at 11:09 AM