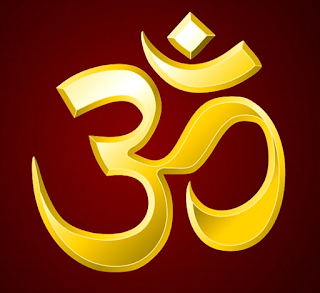 Just as the Mind becomes the Object, the Instrument or means of Knowing, the Actor, the Action, & the results in a Dream, so is this also the case in the Waking state. The Real Self is different from the Mind & all those things that the Mind becomes (object, instrument of knowing, actor, action, results). The Self is without interior & exterior, such as the Mind & the World.  The Self is homogenous Consciousness.  Know the Self by ceasing the attribution of anything exterior or interior to the Self.  Remembrance & forgetfulness, including remembrance & forgetfulness of the Self, these processes are also, only of the Mind.  Both of these processes are products of Ignorance & do not touch the Self. Cease to regard the Self as a known or unknown object.  If the Supreme Self is regarded as an object of knowledge, such is a superimposition of Imagination or Ignorance.  True Knowledge prevails when such Ignorance, or superimposition, is negated. This is like the case with the rope & the illusion of the snake.

When the conceptions of “me” & “mine” are attributed to the Self, such are manifestations of Ignorance.  They are superimpositions upon the Self, which is only One, with neither Individuality nor any experience or thing possessed by an Individual. The “individual self” is thought to be the Seer, Hearer, Thinker, Knower, & such. In Reality, it is Brahman, the imperishable, indivisible, Non-Dual Self.  The “individual self” or “I” is not different from the Real Self, which is Brahman.

Meditation on the Self is declared to be without Time, Space, direction, or Causation, since the Self is without these things. The Self itself is to be realized as timeless, & the Realization itself, being of the same nature, is bodiless & without regard to place. The Self itself is, without Causation, being Uncreated & Unborn. And the Realization, being of the same nature, need not wait for circumstance & is not an attempt to produce the Self anew. The Realization is a realizing of what the Self truly is.  Le the Mind thus turn within, immersing itself in Self-Inquiry, absorbing itself in Knowledge, thereby losing its own form as it searches inwardly for its source. In this lies great Bliss & Immortality.

for very succinct summary of the teaching & practice, see:  www.ajatavada.com/
Posted by jstiga at 4:46 PM