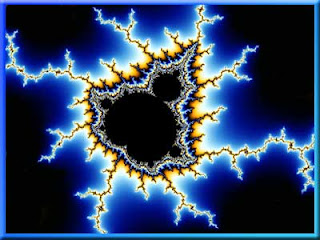 In spite of all the confusing complexity found in the spiritual literature of the World, running throughout that literature there is a common thread of simple Truth, which we can easily discern if we are able to understand the original teachings of the real Sages.  Because the same fundamental truth of Non-Duality has been expressed in the recorded words of Sages from so many diverse cultures throughout the ages, modern students of Philosophy often call it the "perennial philosophy", a term that corresponds to the ancient Sanskrit term sanātana dharma, which literally means "that which always upholds" or "that which is ever established", & which therefore by implication means the "eternal truth", the "eternal law", the "eternal principle", the "eternal support", the "eternal foundation", the "eternal nature", the "eternal essence", the "eternal way" or the "eternal religion".

Fortunately for us, Sri Ramana's Teachings were not only recorded in his Life-time by many of his followers, some of whom understood them very clearly, but were also written by him in various poems & other works.  Since he composed poetry not only in the language of allegory & mystical love, but also in the language of philosophy, & since in his poetry he described the reality & the means of attaining it in very clear & unambiguous terms, he has made it extremely easy for us to understand the simple truth that underlies the Teachings of all Sages.

Having read & understood his Teachings, if we read the Teachings of any other real Sage, we can easily recognize that the same Truth is expressed in all of them.  Moreover, his Teachings also serve as a key that enables us to unravel & extract the true Teachings of the Sages from the dense mass of extraneous Theologies, Cosmologies & Philosophies with which they have become mixed in every religion & spiritual tradition.

Therefore readers who are already familiar with the sanātana dharma, the timeless & universal truth or "perennial philosophy" taught by all Sages, will find that the Teachings of Sri Ramana also express that same basic Philosophy.  However, they will also find that his Teachings throw a clear & fresh light upon that Philosophy, elucidating many subtle & profound truths that have seldom been expressed so explicitly by other Sages, particularly with regard to the practical means by which we can attain the true experience of Non-Dual Self-Knowledge.

Because the teachings of Sri Ramana are a simple yet very profound revelation of the fundamental & Absolute Reality that underlies the appearance of all multiplicity & diversity, they express the Ultimate Truth that is the inner essence of all religions & spiritual traditions.  Hence people of many diverse religious & cultural backgrounds have recognized that his Teachings are a profoundly insightful & authentic exposition of the true import of their own religion or spiritual tradition, & have understood that after studying his teachings they need not study any other spiritual texts.

Though the same simple truth of Non-Duality can be found expressed in all the spiritual literature of the World if we search for it hard enough, it is not necessary or advisable for us to waste our Time searching for it in the scriptures & sacred writings, where it is usually hidden among a dense mass of extraneous ideas. That is why in verse 60 of Vivēkacūḍāmaṇi Sri Adi Sankara warned all serious spiritual aspirants to avoid excessive study of the scriptures or śāstras, which he described as a "great forest of delusive snares of noisy words" (śabda jālaṁ mahāraṇyaṁ) & a "cause of unsteadiness, bewilderment & confusion of Mind" (cittabhramaṇa kāraṇam), & advised us that with the guidance of a Sage who knows the Truth we should instead try to investigate & know the Truth of our Self through direct experience.

For us to attain such direct non-dual experience of our own Real Self, all the guidance required can be found expressed in an extremely clear & simple manner in the teachings of Sri Ramana. If we read & understand his Teachings, there will be no need for us to study any other scriptures or sacred writings, because from his Teachings we will learn that the Truth does not lie outside us in any books, but only within us, in the innermost core of our Existence, & that the only means to experience it is therefore to turn our attention self-wards to know the reality of the Consciousness by which we know all other things.

This detailed analysis derives from 3 principal sources.  In part it consists of ideas from the writings & recorded sayings of Sri Ramana, in particular from the most comprehensive & profound record of his sayings that his pre-eminent disciple Sri Muruganar preserved in the form of Tamil verses in Guru Vācaka Kōvai.

In part it consists of ideas from Sri Sadhu Om, who was one of the closest disciples of Sri Ramana (by which term I mean not those who merely lived close to him physically, but those who followed his Teachings most closely & truly), who was a lucid & extremely profound exponent of his Teachings.

However, for the most part it consists of Sri Ramana's Teachings. However, as Sri Ramana himself emphasized, mere belief in certain ideas is not True Knowledge, so we must all hold our beliefs tentatively, & must endeavor to verify them for our self by seeking to attain true experiential knowledge of the fundamental & absolute reality through empirical research, that is, through practical Self-Investigation. Therefore, the sole aim of all the theory discussed is to guide us & encourage us in our practical quest for the direct, immediate, Non-Dual & Absolute experience of True Self-Knowledge.

When we begin to study any Knowledge, such as Self-Knowledge, which is concerned not with knowing any object but only with knowing the Consciousness by which all objects are known, it is necessary for us to have tentative trust in the experience & testimony of those who have already acquired that practical knowledge.

All learning requires a keen, inquisitive & questioning Mind, but just as honest doubt plays an important part in the learning process, so too does tentative trust. Knowledge is acquired most efficiently & effectively by an intelligent use of both doubt & trust. A discriminating student knows what is to be doubted, & what is to be tentatively trusted.

More than in any other Knowledge, in this Self-Knowledge, doubt is essential, because to know the Truth that underlies all appearances, we must doubt the reality of everything – not just the reality of the objects known by our Mind, but the reality of our knowing Mind itself.  However, though doubt plays such a vital role in the process of acquiring self-knowledge, tentative trust in the testimony of Sages, who have already attained the experience of true Self-Knowledge, is nevertheless extremely helpful.