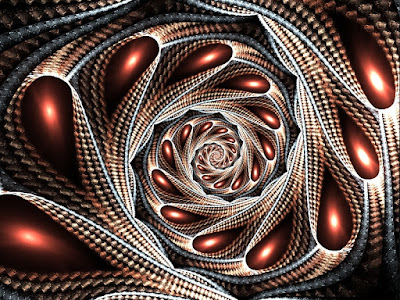 One who can discriminate becomes detached from the Body. The Detachment is not physical or subtle & is not any kind of action or change in the condition or state of the Body. The Detachment is always a state of Knowledge. It is clarity regarding one's Identity. Detachment from the Body means that one remains free & unperturbed regardless of whatever state the Body is in. It is not being senseless as one under anesthesia; it is Transcendence, so that, with or without the Senses, with or without the Body, one abides as Being, & Being remains as it is, unmoved & unchanging. In Absolute Being, there are no such things as the Senses or Bodies. Transcendence means clear Knowledge regarding the Truth of one's Identity.

Even the concept of the Absolute, the concept of "Brahman" is not eternal.  Brahman alone knows Brahman, & that in a no conceptual manner. That is to say, the Self realizes itself in a Knowledge that is not dependent on, or produced by, thought. The idea, "the Self" is not the Self.

No idea is the Eternal.  The Eternal Self is beyond any idea. It is more Subjective than, or interior to, any idea.  There is no need to be attached to one's idea of the Self or the Absolute, for when all ideas are relinquished, the ever-present, real Existence-Consciousness still remains, Self-luminous, Self-knowing, replete with its Innate Bliss.