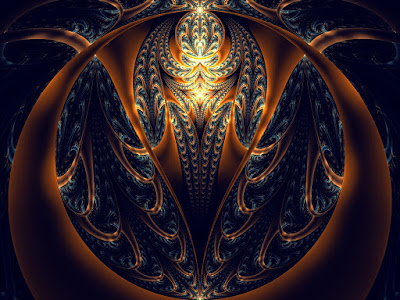 Self-control is the 2nd of those 6–Essentials forming the 3rd Requisite. Sri Shankara declares its significance to be the control of the means of sensory perception & the means of action.

By Self-control is meant the ability to direct one's Mind, speech (interactions & communications involving words) & bodily actions wisely. When a person is in Ignorance & is overwhelmed by his own Delusion, even Self-control is lacking for him. The actions thus taken are thoughtless, foolish, impulsive, compulsive, & productive of bad {karma; the ways of relating are also karma-producing &, being tainted with Attachment, manifest as increasing Bondage; the ways of thinking are erroneous & unreasonable & lead to further & further Delusion.

Lacking Self-control, one generates & spins in craving, frustration or anger, & blind Ignorance.  Without Self-control, even if one knows better, he does not do so. Being introduced to deep Teachings, he does not retain them. Knowing of Love & compassion, he or she seems unable to consistently relate on that basis.

Life is short & the opportunity to engage in that which is spiritually beneficial is rare & precious.  Lack of Self-control leads one to squander one's effort, energy, & time upon worthless things.  Without Self-control, one's life & experience seem driven as it were by forces beyond one's control, like dried, dead leaves before strong gusts of wind.  Without Self–control, one becomes arrogant & egotistical, thus missing the opportunity to develop that extremely beneficial quality of Humility. Without Self-control, it appears that those things that are actually inert instruments & vacuous Illusions, such as the Mind, the Senses, the Body, & the World, are one's masters.  The seeker of Self-Realization, therefore, seeks to govern himself.

For the aspirant on the Path of Non-Dual Knowledge, Self-control is a conscious directing of oneself.  Self-control is not the conjuring up of imaginary battles with one's Body, Senses & Mind. It is, rather, contemplating how to best use these instruments to support one's spiritual practice & deliberately acting upon that Contemplation while deliberately ceasing to follow the previous habitual patterns of conduct.

Self-control will manifest for the seeker as a positive sense of Self-discipline & a directing of oneself to all that is spiritually uplifting.  Self-control is based upon the recognition that Ignorance is ultimately a matter of choice & is Self-produced, as are all its phenomenal manifestations.

Because the responsibility is entirely one's own, Freedom is also entirely one's own.  For if it were nor so, that is, if one were not entirely responsible for one's own Illusions, one could not be entirely free; in other words, Liberation would not be possible. But if one exercises the power of directing oneself in a wiser & wiser manner, Liberation is not only possible, but with Self-inquiry, it is revealed to be the of the Self

If the seeker does not exercise this Self-control, either there will be no solidity in the endeavor to have the manifest Life shine with the light of Knowledge found in Meditation or there will be no Meditation at all.  Not exercising this Self-control will mean one's Life is governed by whims & random opinions. One will experience the extremes of good insight contrasted with states of Delusion in which it is as if the insight had never occurred.

The 2nd option [good insight contrasted with states of Delusion] means no interruption in the samsara, the repetitive, illusory cycle of Birth, Suffering, & Death.  While Self-Knowledge, being Unborn, 1–without–a–2nd  & devoid of Causality, cannot be said to depend upon a Meditation practice, for the Self & its Knowledge of itself depend on nothing else whatsoever.  Still, where can someone has Self-Realization, not merely a conceptual grasp of intellectual theory or a mere memorization of spiritual terms, that one has engaged in intense Meditation.  Such Meditation is Self-Inquiry, which should he carried on in an intense, consistent manner by those who desire Self-Realization.

The significance of Self–Control & the actual experience for those on the Path of Knowledge are far-reaching.

for very succinct summary of the teaching & practice, see:  www.ajatavada.com/
Posted by jstiga at 11:24 AM