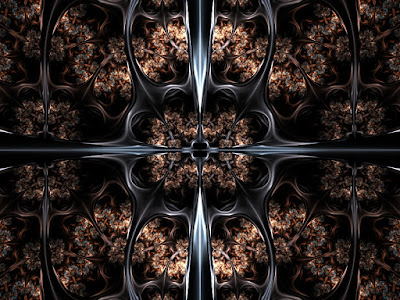 The 5th of the 6 Essentials, Forbearance signifies freedom from lamenting or making a grievance over what does not please one. One can cultivate an-reactivity toward persons, situations, & that previously upset him, at least to the degree sufficient  he opportunity to commence discrimination regarding the real source of Happiness & Peace. It is, though, easily & directly attained through clear discernment as to the real source of Happiness & Peace. In either case, the aspirant develops forbearance, & this results in an absence of suffering due to things & events in the World. It results in not bemoaning what has happened in the past, including absence of seeking any sort of revenge against those who have done something not to your liking, & not being anxious over what mayor may not occur in the future. All such delusions are based on the false belief that the World is real & the misidentification with the Ego, the desires of one's own Mind, & the Body. A seeker of Realization cuts these delusions down with Self-Inquiry while bringing forth from within the fortitude to address all of this delusion, adamantly refusing to blindly follow the tendencies that would drive the Mind toward such grief, anxiety, n. seeking redress, & such

The way of samsara  is to cast the responsibility & the blame for one's own experience upon the World rather than to recognize that suffering is self-created & oneself alone can destroy it. For Liberation, the aspirant does not want to carry the mode of approach used to create samsara into his attempts to transcend it. If he does, the aspiration is hampered or becomes interminable. If the mode of Mind is dissolved & replaced with the fortitude here described, the obstacles are destroyed by practice of the Self­Inquiry, & Self-Knowledge is realized.

The strength in spiritual practice ultimately derives from the immutability & indestructibility of the Absolute Self, & the forbearance from the transcendent, unaffected nature of the Self. Strength of practice comes by practice itself. Strength leads to greater strength; perseverance to a great ability to persevere.

When confronting an apparent obstruction in one's spiritual practice, be it an external circumstance or an interior mode of Mind or concept, one is set with a choice. The aspirant can either carry forward with fortitude, by applying himself more intensely than previously to the spiritual practice & perhaps redirecting the efforts in a wiser way than previously through clearer Self­-Inquiry, or he can abandon the practice. In the latter case, there may be a temporary, emotional relaxation as the seeker begins to settle & stagnate in the familiar quagmire of Worldly ignorance. If this state of affairs is further exacerbated by the tendency to misapply Non-Dualistic terminology to it, the seeker will actually take pride in falling into ignorance & will begin to concoct all sorts of absurd interpretations of the essential teachings & invent all sorts of explanations to account for the mentalities, emotions, interactions, & such that are not found in the true freedom of Realization. It is a state of indolence mistaken for Peace. Provided the seeker does not exacerbate the situation by claims to a superior state in such a way, he will, sooner or later, tire of the recurring ignorance & will again commence spiritual effort, with greater fortitude than before, for no one can be fully satisfied except in the natural state of complete Self­Realization. If the situation has been exacerbated as above mentioned, the Egoism of such will first need to collapse before genuine spiritual progress resumes. The direct path is not to take such a detour to begin with &, with unremitting enthusiasm & energy, pursue the Knowledge of the Self, led on by increasing joy & freedom, until the Self is conclusively realized.

For those who, with fortitude & endurance, turn within to realize the Self by Self-Inquiry, that which is indomitable & inde­structible is revealed within them.

for very succinct summary of the teaching & practice, see:  www.ajatavada.com/
Posted by jstiga at 7:19 AM