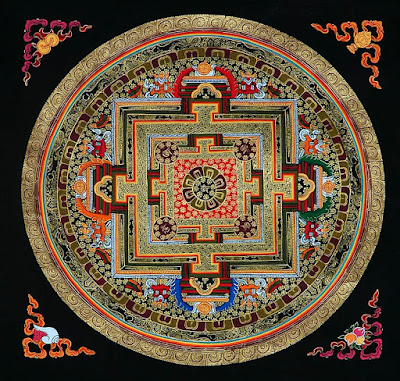 In the book, Who am I ?, Sri Ramana Maharshi states, "Desirelessness (detachment, vairagya) is wisdom. The 2 are not different; they are the same. Desirelessness is refraining from driving the mind toward any object. Wisdom means the appearance of no object. In other words, not seeking what is other than the Self is Detachment or Desirelessness; not leaving the Self is Wisdom."  In 1955 edition of the text, the passage appears thus:

"Not to Desire anything extraneous to oneself constitutes vairagya (Dispassion, Detachment) or Desirelessness (nirasa). Not to give up one's hold on the Self constitutes jnana (Knowledge). But really, vairagya & jnana are one & the same.  Just as a pearl–diver, tying stones to his waist, dives down into the depths & gets the pearl from the sea–bed, even so every aspirant, pledged to vairagya, can dive deep into himself & realize the precious Atman (the Self)."

The passage above stands Self-evident in its clear meaning & advice for those who are in earnest about Self-Realization. The reference to "no object" relates to the Knowledge of  “no creation”. the Realization that the Self alone is & that there has never been anything else. When one abandons the objective outlook, Illusion ceases & the Self is known. The aspirant is to experience the fusion of Detachment & Knowledge by relinquishing the pursuit of what is extraneous in the vain hope of achieving Happiness or Peace in such a manner.  Instead, one turns within to abide in their Real Source by knowing the Self.  In practice, this means becoming detached & finding that the poise in the Self & Detachment toward all else are of the same degree & are of the same nature.

for very succinct summary of the teaching & practice, see:  www.ajatavada.com/
Posted by jstiga at 7:31 PM