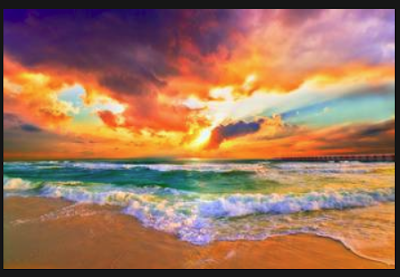 The greater the Detachment, the greater the sense of Peace & Freedom, even while one still imagines the World to be real or conceives of himself as if in a World. Moreover, the Detachment enables the aspirant to meditate on the Truth regarding Existence itself, the Self, & thus transcend the World entirely, including the very notion that it exists or is a Reality apart from the Self.

No one who is still attached to the things of the World will wish to proceed to meditate on World–transcending Truth for fear of losing what he considers to be the source of Happiness & Peace & what he conceives to be real.  One who is Detached, though, is not bound or impeded in such a manner, & free from clinging to particular things, is capable of liberating himself from the entirety of the Illusion, Discovering by immediate experience that Happiness, Peace, & Reality are of the very Nature of the Self.

Detachment is declared to be "from the results of action here & hereafter; it is Detachment from all Worldly things & all other things." The significance is that one who is in pursuit of Self-Knowledge, the Realization of the Absolute, should not have Attachment to any material thing, Worldly circumstance, or personal relationship of any kind. It also means that one should not be attached to the obtaining of religious reward, whether conceived as being reaped in an after-death state or within the context of that aspect of Illusion manifesting as the present Life & its experiences.

The Attachments are based on mis-identifications & are a hindrance to the destruction of the illusory Ego, which is Liberation, or Self- Realization. Therefore, one who yearns for Self-Realization &, thus, seeks to know himself as he truly is will abandon Attachment.  One who comprehends this Knowledge is no longer confused about Reality & remains unattached to the entire World.

The first phrase quoted from Shankara’s instruction regarding Detachment states that one is to be detached from transient things from the Body to Brahman. Just as other objects are dependent upon the senses to even appear, so is with the Body. Just as other objects have a creation & a destruction, so does the Body have a birth & death, a creation & a destruction, so does the Body have a birth & a death. Just as there is no Happiness inherent in any object, but all Joy  is of the Self alone, so Happiness does not depend upon the Body. Just as real Existence is not perceived as long as one believes in the Reality of objects, so one does not know the real Self, which is Existence itself, as long as one misidentifies with the Body. Just as Sense perception is objective, so the Body itself is objective, while the Self is the non objective Consciousness. In this manner, the aspirant should meditate on the Self as being free of the Body & its related limitations.

for very succinct summary of the teaching & practice, see:  www.ajatavada.com/
Posted by jstiga at 4:06 PM