Reality 101    Ego  [continued from sometime past] 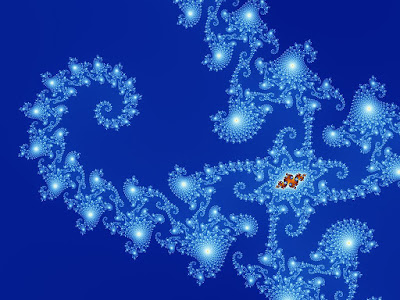 If the Ego were an attribute of the Self, the Ego would be Eternal, in which case all Liberation, all Scriptures, all spiritual life, all spiritual practice, all sayings of Sages, & such would be futile & false.  This would be absurd.  It is better to give up the notion of the Ego than to hold to it as alone being Real.

The Ego is not a temporary quality of the Self.  The Truth cannot be like the case of an unripe fruit becoming a ripe fruit, in which there would be 2 stages, or States for the Self, one with an Ego & one without.  The Existence of the Self is Absolute & unchanging.  If the Ego were ever the Existence, as part of it, or sharing in it in any way whatsoever, Existence would be changeful & transitory & would cease to exist. Existence is always Ego-less & has no Ego quality whatsoever.

The Ego is not a thing in itself, does not reside anywhere, & is not inherent in anything. The remaining possibility is that it's supposed "existence" is an effect produced by something else.  The Ego is not produced by the World, the Body, the Senses, the Life–Force prana, or the Mind. These produce phenomena, sensations, physical, subtle & mental experiences, & thoughts.  These appear after the Ego is differentiated, & so they cannot produce it, for the Effect does not produce a Cause.

The Ego is not produced by the Self, which is the Absolute. The Absolute Self does not produce or create at all, but ever just exists as It is. That the Ego is said to rise from the Origin, or Substrate, of the Self is expedient Teaching intended to guide those desirous of Liberation onward to the Origin, the one Substrate, in order to realize its Ego-less Nature.

for very succinct summary of the teaching & practice, see:  www.ajatavada.com/
Posted by jstiga at 3:12 PM