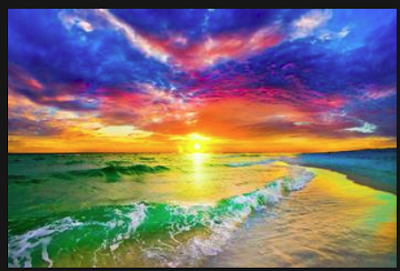 Discrimination may manifest as a practice of comparison & contrast in meditation & as the elimination of the Super–imposition of various things & ideas upon the Self, which alone is the source of Happiness, one's identity, & Reality. Discrimination causes these – Happiness, Identity, & Reality – to be known where they truly abide: as One & as the Self alone. This comparing & contrasting takes the form of discerning the unchanging from the changeful, the Eternal from the transitory, the continuous from the sporadic, the non-objective from the objective, the non-dependent from the dependent, the indivisible from the multiple or divisible, & by similar distinctions between the Real Self & the unreal mis-identifications or things with which one mis-identifies. At its zenith, Discrimination reveals that which has been negated as utterly non-existent & that the Reality alone is.

Discrimination should not be wrongly associated with mere intellectual learning, cogitation, & theory. On the contrary, Discrimination reveals that which is beyond the Intellect, what is not a product of thought, & destroys the personal opinions of the pseudo–entity, the Ego, to reveal what actually exists. In practice, Discrimination may be subtle or vivid revelation, but it always signifies a shift in what one feels one’s Identity is.

If one supposedly knows better but cannot live up to it, sees Attachment but cannot abandon it, recognizes a binding emotion but continues to dwell in it, understands a concept to be such but continues to mis-identify with it, such is a lack of Discrimination or Knowledge. Indeed, such means that one has only added the new term to the old Delusion, Illusion, Bondage, & Suffering. That is not Discrimination. No such thing occurs in real Discrimination, just as one does not run for water in a mirage  when one knows it to be a mirage, does not touch something burning  hot when one knows it be hot, & is not fooled or frightened by a supposed snake when one knows it to be only a rope.

Spiritual Discrimination may come quickly or slowly, in a flash or after repeated Contemplation & Meditation, entirely on one's own or after detailed instruction.  What is essential is that one develops the ability to keenly Discern.  Without such Discrimination, the light of Wisdom, or Knowledge, will not dawn, even though the Reality is ever present & within oneself.

Spiritual Discrimination reveals the Truth, which transcends all forms & actions, all words & thought. The aspirant should exercise Discrimination to arrive at the actual experience & true meaning of the Teachings of Sages, using one's best reasoning powers for an inner­most purpose. The seeing of the Self beyond all notions is a result of Discrimination.

It is only that which one truly knows that is actually experienced.  It is only that which is actually experienced that one truly knows.  Spiritual Discrimination commences when one abandons any illusory division between understanding & experience, & they are one & simultaneous.  The Path is the fusion of understanding & experience.  One's own Existence is simultaneously known & experienced, & it is precisely at such inner depth that spiritual Discrimination should be practiced.

Spiritual Discrimination gives rise to the other Requisites for Realization.  It is the cornerstone of spiritual advancement.  It is a like a bright lamp taken with one. It illumines the way & in the hunt for shadows, everywhere it is brought, no darkness is seen to exist.

for very succinct summary of the teaching & practice, see:  www.ajatavada.com/
Posted by jstiga at 10:45 AM