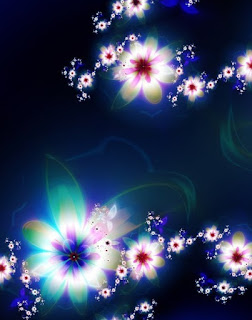 Sri Shankara has stated that Detachment is "from all transient objects from the Body to Brahman" & "from all things seen, heard, & such."  The latter, phrase means that one has to abide free from Attachment to anything perceived by the Senses & one must also be detached from the sensing itself, be it seeing, hearing, tasting, smelling, or touching.  One should know That within oneself that does not depend on these Senses or their objects.  And one should Discern the wondrous source of Happiness within that remains whether or not the Senses are appearing.

For real Freedom & Peace, one must be without Attachment to, without confusion regarding, the objects that are perceived, which though perceived are yet unreal like the water in a mirage.  For real Freedom & Peace, one must be detached from, non-dependent upon, the Senses (the sensing).  So that whether or not one's Senses are functioning, such as able to hear or deaf or able to see or blind, one's Abidance in the real source of Happiness & Peace is undisturbed.

For Realization of the Self, one should recognize that the Self, of the nature of Existence-Consciousness-Bliss, can never be an object of Sensory Perception. The Self cannot be seen, heard, tasted, smelled, or felt as a tactile sensation.  The Self has no color or size, no sound, no feeling, no fragrance, & such. The Self is Existence without any such forms & is free from all such transient sensations, be they pleasurable or painful.

The Path of Knowledge, itself, which is Self-Inquiry into the Self, is not a sensory process. The Meditation is not performed by the. Senses or with the Senses as instruments, & the experience that results from Self-Inquiry is of Self-Knowledge & not of a sensory character. Using Discrimination, if the aspirant has experiences of a sensory character as a result of meditation, such as seeing, hearing, or feeling differently, he will discern that these are transient illusions & will remain detached from them, while continuing the actual Self-Inquiry into the Self to know it as it is.

The Knowledge of the Self, which is the Knowledge of Reality, actual Existence, is not of a sensory character. Therefore, the seeker of Self-Knowledge who is endowed with Detachment understands that the Senses are not the means of knowing Reality. The Senses are never the measure of Reality. One who comprehends this Knowledge is no longer confused about Reality & remains unattached to the entire World.

The 1st phrase quoted from Sri Shankara’s instruction regarding Detachment states that one is to be detached from "transient things from the Body to Brahman [Saguna]."  Just as other objects are dependent upon the Senses to even appear, so is with the Body. Just as other objects have a creation & a destruction, so does the Body have a Birth & Death. Just as there is no Happiness inherent in any object, but all Joy is of the Self alone, so Happiness does not depend upon the Body.  Just as real Existence is not perceived as long as one believes in the Reality of objects, so one does not know the Real Self, which is Existence itself, as long as one mis-identifies with the Body.

Just as Sense perception is objective, so the Body itself is objective, while the Self is the non–objective Consciousness.  In this manner, the aspirant should meditate on the Self as being free of the Body & its related limitations. The significance of Detachment & the actual experience for those on the path of Knowledge are far-reaching.

–  the "no creation" school of Gaudapada, Shankara, Ramana, Nome – Ajata Vada
for very succinct summary of the teaching & practice, see:  www.ajatavada.com/
Posted by jstiga at 10:18 AM