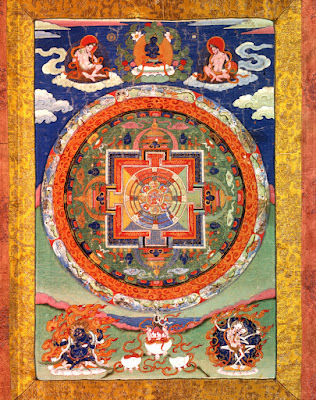 The 5th Essential is known as Faith. It is also defined as a clear understanding & as an affirmative attitude of Mind inclusive of humility, sincerity, earnestness, single-mindedness, reverence, & an unwavering determination to find the Truth at any cost.

Sri Shankara defines this as "ascertainment of the scripture & instruction of the Guru with conviction about their Truth, that by which Knowledge of Reality is obtained."

Faith is considered to be the belief in something that is yet unseen. In the path of Knowledge, the aspirant is concerned with the transformation of faith into conviction, & that into the certitude of Self-Knowledge by virtue of Self-Inquiry. It is the development of a clear understanding & a conviction in that which is understood. Such may be said to be Faith fused with Wisdom,

The Truth does not accept the arrogant into itself, for it is Ego-less by nature. So, only those who are endowed with humility & who hold it in the highest reverence realize it. Those who hold the teachings in deep reverence retain them. Those who are humble find their Egos to be insubstantial & their own Nature to be Formless & Vast like Space.

Sincerity & earnestness are necessities in the pursuit of Supreme Truth. With insincerity, who fools whom ?  If one is in earnest to find the Truth, he will be always undaunted & will destroy the illusory fetters that appear to keep him bound, so that his deepest yearning is fulfilled.

Being single-minded in the pursuit of Self-Knowledge comes to those aspirants who recognize the utmost importance of realizing the Self, understanding that in no other way will one abide in enduring Peace, genuine Freedom, & unending Joy.  The conviction in the Truth drives one to realize it. If one's own Mind is undivided concerning this, that is, if faith is beyond doubt regarding the fact that the Absolute Self, indeed, exists & is realizable, the Self­-Inquiry into the Self rests upon solid ground.

Faith can be in the existence of the Absolute.  Faith can be in the Knowledge of Truth that reveals that the Absolute & one's own Self are identical.  Faith in the Non-Dual Teachings that reveal this Identity is of immense help. Once one has a conviction in them, one can directly that Truth for oneself by Self­-Inquiry into the nature of the Self & this inwardly verifies the Truth in which one originally had faith. Faith can be in those wise ones who have gone before & realized this Knowledge & in those sages who, having realized, proclaim the Truth & the way to realize it within oneself. Faith in one's own ability to realize, when fused with the humility mentioned earlier, is in keeping with the Truth that all are only the Self & there is no one who cannot realize it. If one has a Guru, the faith mentioned by Sri Shankara is of the of the deepest trust. The result of faith in the Guru's instruction, which implies full practice of it, is the Realization of the Self in which one's own Identity, the Truth, & till very Being of the Guru are one & the same.

In a Path of jnana Knowledge, Faith is generated from hearing the teachings & meeting with those who practice them or who have realized their meaning.  Faith is generated when reading the instruction left behind from earlier times. Though a certain degree of Faith may be needed to even start a spiritual practice – one cannot be so enamored of one's own doubts that one cannot even make a try at it – the practice, itself, will yield the conviction in Truth & in the means to be adopted for realizing it. From a higher perspective, Faith is an intuition of one’s Self or , & its strength is derived from the irrefutability of Reality.

for very succinct summary of the teaching & practice, see:  www.ajatavada.com/
Posted by jstiga at 3:31 PM