Essay outside of the NMT (No-Me Teaching) series: 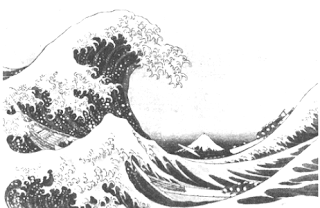 Vision of the Self part I:

If Saguna Brahman, Isvara, God was like an Ocean, then Individuals would be like Waves, rising & falling, crashing against each other, "all within, as if" part of God.  But Individuals, objects, & God have a common to nature as Water.  As Consciousness, Sat-Chit-Ananda.  Knowing this the Individuals cease to crash & Unity is realized.  The identity of the Non-Dual Consciousness is thereafter established by Meditation, Self-Inquiry, & Abidance as Consciousness–knowing–itself.  The rest of the World – other individuals & objects, also Ocean "water" (Consciousness), includes Logic & Math, all Thought & Causality, Time & Space.  None of these function as separate influences, being as they are – mere evanescent shadow–forms in Consciousness.

We look at a well–carved human figure on a surface of chiseled stone, depicting a group scene. Then we might forget the "stone" nature of the carving & imagine it to be an actual person.  Looking back at the entire Rock, one can see rock as the "make–up", substance, of the carved "human figure".  Furthermore it is recognized that the carved figure is rock only.  Similarly, we can recognize Consciousness in any human form we perceive, thereupon – that the "make-up", substance of the human is Consciousness alone.  Furthermore all the other humans all, all the objects, all the World is Consciousness alone.

Thus the thoughts, the gap between thoughts, & the Deep Dreamless Sleep are known to be other than Nothingness, but rather Consciousness itself.

Changeless. formless. everlasting Consciousness holds all illusory Form, seemingly, including memories, for instance. Memory will also include the Actor, the Doer, the false "I"–Ego in midst of the scene–situation. So this Ego–Individual too is just another evanescent shadow–form in Consciousness, the Witness seemingly of all these.  But with nothing real to witness, that too, that Witness fades to leave empty, shoreless Consciousness alone.

http://sdrv.ms.YPOgkX/
Duplicates have been available on:
jstiga.wordpress.com/
[But from now on, they will be different & still usually daily.]
Posted by jstiga at 11:34 AM