Essay outside of the NMT (No-Me Teaching) series 13 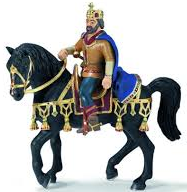 A wandering Sage Ashtavakra, appearing as a vagrant had been abused by some citizens of the kingdom. The aged traveler was rescued when the king, Janaka extended his hospitality & protection. Later on, Janaka questioned the Sage about how “suddenly” could “sudden Enlightenment” possibly occur? In response, Ashtavakra declared that Enlightenment can happen in less time than it takes, having put one foot in the stirrup, to swing over the other leg & place the other foot in the 2nd stirrup. A bit dubious, the King continued by asking for Liberating Teaching that could result in such Enlightenment. Janaka in turn is questioned by Ashtavakra: “What customary offering will you give over that is worthy of this gift of Liberating Instruction?” Such a gift was traditional since renunciation of the Ego would include rather than exclude lesser renunciations, such as the giving over of some valuable treasure by an aspirant capable of such a gift. Enlightenment takes every drop of our Energy, not a bit less, but not a bit more. Any of that Energy misdirected as identification with the unreal Mind, Body, Possessions, & the rest of the World could better to be redirected toward the Supreme if one is to realize oneself to be one with that Supreme Absolute. The traditional offering made sense in the context of complete giving over of all delusion rooted in the Ego, surrendering all to the Absolute. The Guru would have no need for the offering or anything else in the World. Compassionately, he assists the disciple in complete giving over of illusory Ego identity.

As it happened, Janaka offered a succession of increasingly princely gifts. But the Sage Ashtavakra rejected each small fortune as insufficient for Janaka’s offering. Increasing & increasing the value of offered treasure, Janaka eventually felt that he must offer his entire Kingdom & to his shock & amazement, Ashtavakra accepted. But again, accepting that much, the entire Kingdom, the Sage indicates that this is still not enough. Ashtavakra sees that he the Safe has surpassed Janaka’s imagination. So he asks specifically for Janaka’s family, wife, children, & finally; & finally Janaka’s own Body & Mind. Absorbing his shock at this request for literally everything he had, Janaka remained determined & eager for Instruction, Janaka agreed & gave over ownership of all that he could call his own. Ashtavakra smiled & accepts this now complete offering.

The Sage, now ruler of the Kingdom, gives orders saddling of 2 of the former king’s horses, that are now his own. Ashtavakra then says that he needs Janaka to ride along & guide him in a survey of his newly owned kingdom. With no other words spoken, the 2 are about to ride off. Remaining otherwise silent, the Sage begins to mount up, placing his 1st  foot in a stirrup to do so. But at that moment, Janaka finally lost his patience & asked: “When do I get the Teaching?” Ashtavakra response was: “You have given over to me your Mind, so you have no right to ask questions.” Taking in, finally, the completeness of his surrender, Janaka is suddenly Liberated. He notices that this has occurred in the blink of an eye, before the Sage’s 2nd swinging foot could make it into other stirrup. Amazed that the Sage’s previous prediction for Sudden Enlightenment  came true, but primarily grateful, in his sudden joy, Janaka thanks Ashtavakra for the most precious gift of guidance beyond all other values. Ashtavakra promptly gave back family & Kingdom, Body & Mind into Janaka’s hands for “safe-keeping” Stewardship. Nominally holding all in trust for his Guru, Janaka remained thus unchanged in is relative circumstance. Absolutely, Janaka was unchanged in Renunciation, internally now, regardless of the external situation. He remained free & blissful without any Attachment or Misidentification.

http://sdrv.ms.YPOgkX/
Duplicates have been available on:
jstiga.wordpress.com/
[But from now on, they will be different & still usually daily.]
Posted by jstiga at 8:59 PM