Essay outside of the NMT (No-Me Teaching) series 2: 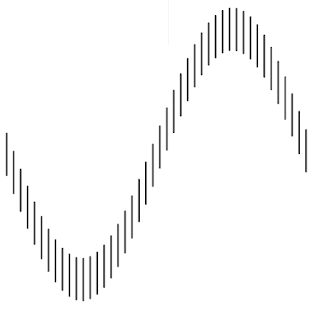 Vision of the Self  part II:

Every Perception is made of Consciousness, while every object is only the perception of that object. What the Buddhist call Dependent Origination is Boot–Strapping is between an object & its form – can't have one without the other.  So neither is real.  From Object, Form is equivalent, the 1st Skandha, "heap" or accumulation of false Boot–Straps,  Dependent Origination.

Then the Retinal record, Sound impact, & so on, the "Species" is the 3rd  Skandha .  Each Species belongs to a more General, Generic quote, "Genus" or category by which Name can be given to Form, thus the Recognition which is the 4th Skandha.  Cognition is Mind floating on & as Consciousness, the Witness & to Subject perceiving the Object.  Thus from Object, it is Form – Sense – Specification – Generalization – Cognition that are the 5 Skandhas of Perception between Object & Subject, Consciousness. Dependent Origination, Boot–Strapping proves each "local pair & ultimately, Subject-Object to be false dualities.  Non-Dual Consciousness alone is.  T

The object is not other than Consciousness, though ultimately is not Real. "I", the Self is not the Body, Mind, Ego.  And so no World or Senses that perceive it are Real.  All feelings merge in Ananda, Bliss; all Thought in Consciousness, which is Existence itself, pure Being.  False Doer-ship is never a thought during an Action, but only after or before.

Ego rests on body–identification.  Separating "I" from the Body, by Self-Inquiry, erases Ego. Like the Doer of Action, the Experiencer of Sense & Thought is a an unreal Object.  Subject & Object are Seer & Seen, both unreal &  yet separable by Self-Inquiry..

The Wave Analogy applies to Thoughts, just as it does to Individuals.  Changeless Reality admits of neither Birth or Death; neither good or bad karma; dualities like Pleasure-Pain; attraction or repulsion; & related pairs like fear & delusion – these I am beyond & these & all objects point to Consciousness. The World rises in Thought, Thought in Consciousness, all is Consciousness.