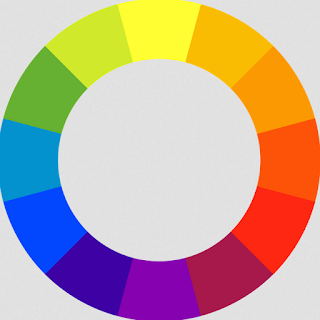 In Grammar for instance, "reference" is the pointing from one word to another, that to which it refers.  In the elementary Mathematics of Graphs, for instance, the central point of a Coordinate Space, the Origin, (0, 0) or (0,0, 0), etc. depending on the Dimension. That Reference is perhaps even more of an incisive guide to understanding the nature of the Subject–Object relationship.

Specifically if Ego be considered the Reference Origin for all Thoughts, then the Mind can be seen to be structured like a Graph or Coordinate Space.  No objective notion or presumed object considered by that Mind, by means of Thought, nonr has any independent meaning. Each Object, Thought, Relationship, … has the Ego Origin as a Reference that identifies & specifies

Near is near to me while, far as far from me. Good is good for me, while bad is bad for me.  Tall vs. short, long ago verses in the future & all sorts of designations besides these elementary dual polarities, all sorts of ideas, & all the presumed Objects they refer to, all have me, the ego as the necessary Reference.

We can take as another example, simple visual Perception.  I can be looking at chair but only at what is essential is my perspective.  I am such and such a distance, standing in such and such a manner, so as to be viewing from such and such a height.  Besides the height, distance, & direction of the chair, all of the characteristics like: color, shape, form of every kind, only have meaning in reference to myself.

This Reference, in the objective sense, the Ego, the Origin & so the whole Universe of objects & mental sphere of Ideas exists for Me.  References to Me, my Ego, these things  have no connection or relevance directly to a comparable set of Objects, ideas, & Relationships references to some other Ego.

The whole apparent World is perceived. Those Perceptions are all that we know, objectively.  The Perceptions, of themselves, are only thoughts, thoughts in the Mind like other thoughts.  The Mind is an inexplicable & evanescent structure presumed upon Consciousness.  The Mind could also be said to be the collection of thoughts which that Mind generates.  But what are thoughts ?  Only indefinable, passing structures in Consciousness.  In any case, the only Universe for me is the one that is referenced to me. If there are other others, whom I only know as references to me, or if they should exist independently, then their Universes would be distinctly other than mine.

So looking, in the sense of Reference, between every Object & Subject, Ego or Mind can have only one result.  Clearly the set of all these compose each "Universe" into a disconnected set of questionably defined structures in Consciousness.  The Consciousness is undoubtedly Real.  The mental structures come & go, & don't seem to be made of anything. And yet they make up each of the Ego references Universes.  This is much like the contents of Dream. But the Waking State Dream is completely analogous. The World in the , the Person in the , & all else are no more real than those in a Dream.  The Consciousness alone is Real. That Consciousness is Brahman, is the Self, Atman, the only & Absolute Reality.

Prior to excerpting the Ramana Maharshi disciple, Master Nome in the text below we continue the series: Fine-Tuned Universe 21, the premise that a small change in several of the dimensionless fundamental physical constants would make the Universe incapable of Life.

More “generous” listings of Fine-Tuned parameters, like those of admittedly theistically–biased Robin Collins, include other aspects of the Universe that had to be there, some so basic that Realist Physicists would not even give them a 2nd thought and simply assume them as a given. For instance, Laws of Nature that are utterly essential for Life (always assumed hereafter to mean Intelligent Life) include the 4 Fundamental Forces: Gravity, Strong & Weak Nuclear force, and Electro-Magnetic force, all pretty much functioning close to as they are for Stars and for Life. Some of the many fine points would include the extremely short range of the Strong gluonic nuclear force. Without that limit the Universe would fast have become a single Black Hole. Related and within the same constraints might be Bohr’s Quantization rule and the Pauli Exclusion principle, both essential to the existence of and nature of Atoms.

Fundamental Constants in Perspective:
Collins backs a clear point of placing the “allowed” range of a Fundamental Constant in the context of a reasonably likely or possible range as might be expected. For instance the simple Dimension case of N = 3 is “normalized” by considering 2-D  &  4-D  Space, with or without another Time dimension. In more variable parameters, Collins defines Wr  as the “width” or the Life-permitting parameter range, which he compares to the possible “reference” range width WR so that:  Wr / WR << 1   is the criterion that characterizes surprising Fine-Tuning.

Nuances include Chemical and Biological consequences to be reviewed a bit later, but for one example, we consider Gravity. Life could evolve with Gravity greater on Earth, but much greater would have prevent Brain-size compatible with Intelligence. If Gravity were greater, the Earth could be proportionally less massive, but the fundamental burn-rate of Stars would have been too fast to allow Time for Life to evolve to Intelligence. Certainly a G that was 3K (x) greater would result in fast-burning Stars.

Fine–Tuning of Gravity relative to the Matter Density of the early Universe, the manner of the Big Bang expansion (rather than explosion), relative to the Photon Radiation Density versus that of Protons and Neutrons, and all positive (repulsive) contributions to the Cosmological Constant – all such as these restrictive ranges overlap like compounding conditional Probabilities. The net estimate for leeway in Gravity comes down to a Fine-Tuning to a precision of 1 part in 1060 or 1 part in Nonillion Octillions, very Fine-Tuned indeed. This cannot be a lucky accident – hence Design or near-infinite Ensemble.

The previously mentioned contributions to the Cosmological Constant such as Vacuum Energy Negative Pressure, Quintessence, and unknown aspects of positive Dark Energy, perhaps with some moderating attractive aspects can be supplemented by other theoretical possibilities. Some of the Quantum Field Theory nuances of the Electro-Magnetic field and Higgs (mass creating) fields associated with the Weak Nuclear force  [from Weinberg‑Salem‑Glashow Electro–Weak theory]; an Inflaton field hypothesized by Inflationary Cosmology; a Dilaton field hypothesized by Super-String theory; and other fields associated with elementary particles may be attractive components (as always Fine-Tuned) to offset the theoretically excessive Vacuum Energy  and still permit Life. Overlapping Field influences with non-linear contours (in phase-space many dimensions) entail intersection of Energy minima of various sizes and shapes. Some estimate the Fine-Tuned precision to again be 1 part in 1053 or 1 part in a Septillion Octillions. An this “filter” compounds or multiplies to some extent with that for Gravity above to produce a tolerance approaching 1 part in 10110 or 10 Billion Googols. [Warming up to these with looser tolerance prevents premature lose of sanity, but it does go on from here, and like the Multi-Verse, the numbers get pseudo-infinite.]

Considering that Inflation is thought to have enlarged Space-Time by a 1060 factor (octillion octillions) in a nano-nano-nano-nano-second, big forces resulting in Fine-Tuned smoothness were at play in the early Universe.

Initial Conditions of the Universe:

Fine-Tuning of Initial Boundary Conditions (having everything start just so) includes initial Entropy and distribution of Mass-Energy, mass and Energy Density perturbations, anisotropy, “chance selection” small region with 3-D that underwent Inflation, peas-sized pre-Big-Bang seed of . The estimated Fine-Tuned precision exceeds that of hitting a Proton sized target on a dart-board as big as the current Universe, or:    1 with a Septillion of Googols of zeroes

Again the question remains, how to explain the coincidences, Design or Ensemble ?

One Non-Dual Self alone is.  The one Non-Dual Self is the undivided Consciousness. This is the only Knower in all.  There are not different kinds of Knowers, such as higher & lower knowers. The Minds of all are pervaded by the one Consciousness within, which is the Self.  This is the "I" of all.  So there is no one else who knows, or who does not know.  The "I" is truly the Absolute, Brahman, all-knowing & all-pervading.

The Mind cannot conceive the Self, yet the Mind has no existence apart from the Self. The Self can neither be accepted, nor rejected by any of the Minds. That which cannot be accepted or rejected by the Mind is Brahman. That is truly the "I".  Brahman & the Self are One.