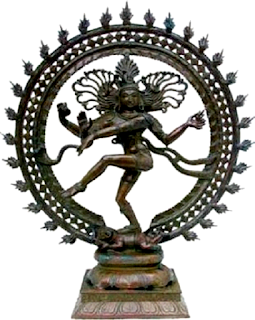 Vision of the Self  part III:

Bliss–Happiness is experience upon giving gaining a desired object, relief / security, Deep Dreamless Sleep, &  between thoughts & the source & destination of all feelings.  Consciousness is self-luminous..  Selfishness, Egotism, sense-of-mine, & attachment are not mine. I am pure, eternal, Non-Doer, all Love, stainless, one-without-a-2nd, unconditioned, changeless, independent, without attributes peaceful, indivisible, perfect.

Bondage derives from attributing reality to things that arise in thoughts.  Objects could not connect with each other –  being connected only with thought, the 2 (object – thought) being one & inseparable.

World is only the knowing–mode in play, the "stand" taken up.  True experience of Self is without thought/object.  The self is Knowledge & Happiness.

Objects do not "cause" experience. Thoughts merge into Existence/Being.  Self is Consciousness, not the Body.  Self persists in between thoughts & in all 3 States.  Expansive experience derives from Self. Desire, bound with Time-bound objects, amounts to super-imposition of Self characteristics. Negative exclusion [neti, neti] cannot define, but only clear the way to the Self.

"I" can never be known.  Knowing something does not prove the thing Known, but only the Knowing.  Between all things. a background of Consciousness vs.Nothing remains   Consciousness–Self is without Duality, Multiplicity, Diversity, Variety.

There is no Seen before or after, & truly not even during the Knowing.  Thought cannot connect with objects or other thoughts.  Along with Objects, the Subject, Body & Mind are the Seen & not close to being Real.  The Ego poses as "I" yet is false, but all up objects downstream are clearly unreal. Any reality attributed to the World with the its events & persons only deepens Body–identification.  Favorable & unfavorable developments in the "World" belong to the unreal realm of Matter, Objects, & the Body.

All change belongs to the Objective unreal World. Desire for Happiness points to the prior Eternal Nature of as Ananda. Fear of Death also leads to Attachment to social & financial success, health, contentment, etc. – all reflect one's intuitive sense of Deathless Eternity. Transcending Time the Self can have no connection with the changing, Time–bound Objective realm.

Freedom is naturally wanted because the Self is unconditioned existence.  Body connection  gives rise to attachment, attraction, fear, aversion, sadness, deceit, laziness, dependence – all derive from Body connection.  Love, Happiness, Freedom, Truth, Peace, Intelligence, courage, consistency, etc. all derive from the Self.  Personality, in all its forms, derives from Body identification.

Always the Knower, Consciousness cannot be known,  Reality is beyond words which can only be pointers to It.  Consciousness can be contemplated indirectly as the sense of Existence; that "I exist".  Eliminating each "thing" from "I" [neti, neti], what remains as "I" is the Self.  "Consciousness", "Knowledge", "Existence", "being", "Happiness", "Bliss", "Freedom", – point to the real "I".


[But from now on, they will be different & still usually daily.]
Posted by jstiga at 7:24 AM