Essay outside of the NMT (No-Me Teaching) series 10 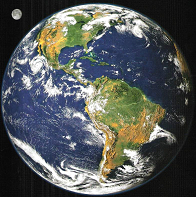 Some of Master Nome's earliest aphorisms about the unreality of a World:

There has never been a single objective thing. (1.3)
The World is unreal.  (1.16)
All that is objective is illusion. Illusion is that which is not. (1.34)
All things change. that which is not a thing is immutable. (1.63)
There is no World (any objective thing), & there is no one to experience or know it. (1.94)
It is you who say that anything is real. the object does not declare its own reality. to known the Reality, know yourself. (2.54)
Any object of experience has no more existence separate from the Self than printed letters from a page of paper, or waves from water. (3.24)
It is better to say the World in you than you are in the World. (3.42)
An unreal body performs unreal actions in an unreal World. (3.50)
Do not be afraid to let go of a World that does not really exist. (3.57)
Know the World to be unreal and yourself as not a character in it, & the dream is over. (2.93)
Regard all manifestation as an hallucination or as a daydream lasting but a moment. (3.30)
Regard all thought as an empty echo and the World as a dream. (3.67)
Ego, manifestation, form and ignorance: these are like an optical illusion, a mirage, a dream without substance, the life-history of a fictional character. (3.96)
The conception of space requires misidentification with the body.  The conception of time requires misidentification with thought.     The Self is neither the body nor thought. It is spaceless and timeless. (1.37 )
As space is endless, clear, formless, embracing all, bound by none, all-pervading, ungraspable, & has no within or without, so it is with the Self. (1.61)
The World, time, space, life, death, objective things, the mind, ignorance, bondage, & an experiencer of these are just concepts. Concepts are unreal. Absolute Being alone is. (2.55)

Spiritual notes of a great Sage 2

In every experience, the changing expression is the objective part, while the un changing Background is the subjective Consciousness part, which is the changeless Reality.

Bodies seem to be born & die, while the subjective Self transcends both.

Knowledge alone can know Knowledge, Brahman alone knows Brahman.  That in you which knows you exist is Brahman.

Each is already Liberated, & he has only to know it.

Whatever you assume yourself, the Atma [Self] to be, so you will see the World "outside" you.

If you want Suffering, be attached to the World.  If you want Happiness, be spiritual.

The vanishingly narrow "razor" of the "Present" moment is only a word representing the conceptual joining of a remembered, long-gone Past & an imagined, not-yet existing Future.

After Realization you may outwardly live exactly as before in terms of Objective appearance; but you cannot fail to know the Subjective transformation you have undergone.

Liberated Knowledge that dawns on the subsidence of the Ego can never cease to be.

Realization consists in becoming deeply aware of the fact that you have never been in Bondage.

Because Realization can never happen, it can never occur in Time.  Only timeless self-awareness of the always-so Reality becomes vivid.

Self-Realization is not a case of understanding at all, but of being one with the Truth.  Merging identity is a better hint at the inexpressible than any kind of thinking.

He who wants to get to the Truth does not crave for the fulfillment of individual desires.

http://sdrv.ms.YPOgkX/
Duplicates have been available on:
jstiga.wordpress.com/
[But from now on, they will be different & still usually daily.]
Posted by jstiga at 10:18 AM