Essay outside of the NMT (No-Me Teaching) series 14 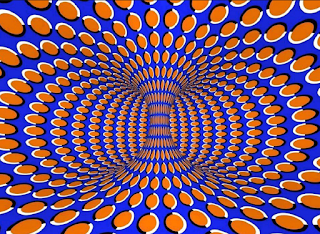 One such entity is the "wavefunction" & matrix representations of the same.
Schrödinger associated the wavefunction with the Electron as a an electric Charge Density, a physical field spread out over infinite Space [though very thinly outside the conventional "size" of the Electron.

The culture of Science veered away from the Copenhagen Quantum Idealism in parallel with 2 inspirations to do so, One was the Analytical Philosophy that succeeded Logical Positivism (which had some idealist roots), with the former dedicated to annihilate the reigning Idealism of the previous century. The other was a aversion to fundamentalist religion & a dominant "sophistication" of Atheism among Scientist (to a degree contrasting with prior generations, including the group). Atheist Pragmatist Philosophy's dominance in higher education was instrumental in this shift.

[Steve Martin's 2nd comedy album included a skit were he dies & is shocked to find himself at some Last Judgment before the Pearly Gates. He complains: "but in college they said all this was bullshit."]

Grasping for any Realist alternative, over the same decades up through many Modal wing-clipped theories of Quantum Mechanics, decades in which Darwinism fought "Armageddon" with Creationism, one fantastic Realist alternative that gained majority standing was Hugh Everett's Many-Worlds interpretation, considered now by Max Tegmark & Michio Kaku to be 1 of 4 "levels of Multi-Verse".

Recognition of Anthropic Fine Tuning of the Universe & studies of Quantum Entanglement & Delayed-Choice Quantum Eraser Double-Slit experiments have themselves exerted 2 opposing influences. On the one hand, they have hardened minority Quantum Idealist  positions such as the Wheeler–Stapp Participatory-type Universes. At the same time those advances & others in Particle theory & Big-Bang Fundamental Forces issues have encouraged majority Realisms that are increasingly "unrealistic". The latter include String Theory, the Multi-Verse & also other complex Mathematical sleight-of-hand like Quantum Decoherence, Ensemble, Relational, Transactional, & Stochastic approaches, as well as Computational or Hologramic Universes (not that similar to David Bohm's earlier Holoverse Realism). Objective collapse theories attempt to "split the difference" by upholding Realism while including Idealist–like indeterminism without hidden-variables.

Somehow, nearly everyone honors the original Mathematical formalism but then scatter into a chaos of a hundred different theories of interpretation. Advaita Vedantins find the original Copenhagen Consciousness-created Reality most interesting while understandably remaining disappointed in the limited objective understanding of "consciousness" & the at-least-Idealist RWOT retained. Not driven to the far hills by desperate Atheism, any more than to the 4 levels of Multi-Verse "antidote" to Anthropic fine Tuning, the Vedantins applaud Schrodinger, Bohr, Heisenberg, Dirac, Born, Wigner, von Neumann, Feynman & Wheeler (including both Idealists & Realists in that mix), yet maintain that all is Consciousness & the World is unreal.

http://sdrv.ms.YPOgkX/
Duplicates have been available on:
jstiga.wordpress.com/
[But from now on, they will be different & still usually daily.]
Posted by jstiga at 10:46 AM