Essay outside of the NMT (No-Me Teaching) series 17 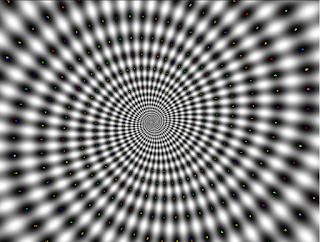 Quantum Reality diverted to the topic of Time (our sense of flowing Consciousness; later for Space – fundamental analogy for Existence), & we started with Grammatical of Linguistic Time as Tense (which will continue a bit later as Metaphysical Time & Tense), & we will soon follow with the Science of Time. But for the moment, we lighten up with some casual, common-sensical ideas about Time.

We readily use hearing to measure Time as beat & sequence of sounds. Visually marking a series of positions for a “moving” object measures our Time as movement, from everyday objects to the movement of the Sun & Moon to measure Clock & Calendar Time. But in the short term, even if all our senses were prevented from functioning for a while, we could still notice the passing of Time through the changing pattern of our thoughts. But what is the “Perception” of Time ?  We do not actually perceive Time as such, but rather only indirectly infer Time from the changes or events we consider to be strung out in Time. And yet again, we do not perceive events only, but also their temporal relations, analogous to the spatial distances & relations between objects in Space (again a topic for another day).

In fact as we measure the Time between positions along the length of a perceived object we thus estimate that length in terms of the Time of our scan. In this way, our visual sense creates 1-D Space from the Time of the visual scan. The same in a perpendicular directions widens the 1-D length (with the help of similar width) to 2-D area. Repeating the same again in a 3rd mutually perpendicular direction adds depth & thickens our 2-D area to 3-D volume & thus 3-D Space. Tactile senses roughen up & ultimately fill out that visually perceived 3-D with a sense of substance. Thus we use the sense of Time to project the sense of Space with the Senses.

But can we perceive a relation between 2 events without also perceiving the events themselves ? No we cannot, but we perceive both events as Present, in which case we must perceive them as simultaneous, & so not as successive after all. There is thus paradox in the notion of perceiving an event as occurring after another. When we perceive B as coming after A, we have, surely, ceased to perceive A. In that case, A is merely an item in our memory. Now if we wanted to construe “perception” narrowly, excluding any element of memory, then we would have to say that we do not, after all, perceive B as following A.

If we were to construe “perception” more broadly, we would need to include a wide range of experiences of Time that essentially involve the Senses in a wide manner of perceiving a variety of temporal aspects of the World. In the late ‘70’s, Ernst Pöppel enumerated “elementary time experiences” like: (i) duration,  non-simultaneity, order, past & present, change, & the passage of Time. Non-simultaneity, for instance, is the same as the experience of Time Order when 2 events occur very close together in Time. We can be aware that they occur at different times without being able to say which one came first. The perception of Order depends on the distinction between Past & Present. In a subsequent segment we continue to contrast the experience of Tense (discussed previously in linguistic terms) & this experience of order  (McTaggart’s A-series versus B-series).

Like the “meditation on the 3 Times” (found both in Vedanta & Augustine of Hippo) Memory is an essential mental construct in the (either or) any Time series. All taking up that contemplation recognize that Past & Future exist only in the Mind.

One alternative remedy to compare with the role of Memory is the “specious Present” of  William James, “the prototype of all conceived times” which is “the short duration of which we are immediately & incessantly sensible.” In that conjecture, James psychologically quantized Subjective Time, stipulating some temporal “width” for the Present moment. “We are constantly aware of a certain duration – the specious present varying from a few seconds to probably not more than a minute, & this duration (with its content perceived as having one part earlier & another part later) is the original intuition of Time” –  such was the insight of William James.

for very succinct summary of the teaching & practice, see:  www.ajatavada.com/
Posted by jstiga at 1:12 PM