Essay outside of the NMT (No-Me Teaching) series 16 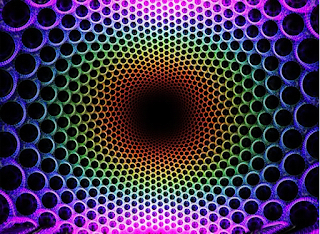 Time is discussed in terms of grammatical Tense, & in terms of Metaphysical Tense. With grammatical Tense, such as seen in verb vowels & endings  & auxiliary words (sank, sink, will have sunk; did, have done, am doing, do, will have done, will do), we also consider a somewhat overlapping category of Linguistic Tense, where Tense appears in modifications of verb form, adverbs, adjectives, & nouns.

Aside from Tense, grammar includes Mood (or Modality, either way expressing a degree of necessity, obligation, probability, ability, & sometimes evidentiality) such as Indicative, Subjunctive, Conditional, Optative, Imperative, Jussive, Potential, Inferential, Interrogative, & related Exclamatory Interjection. Some consider the Future Tense to be merely a variant of Mood, due to uncertainty surrounding an occurrence that has not yet come to pass (as in comparing “will” with “would”).

The auxiliary verbs will (+ the present tense) with the simple infinitive as in:  I will go to compares to combinations of verbs such as: to be going to, to be about to & also modal auxiliary (subjunctive) verbs: must, should, can, may, might which elements of uncertainty.

Linguistic Tense includes “lexical” items like: now , today , yesterday,  presently. There are also “lexically composite” expressions such as: moments before, after dinner, 3 weeks hence, during, ago.  These lexical & lexically composite expressions include grammatical categories of both Tense & Aspect. This Aspect provides context to extend the range of Tense & / or to add specificity.

Linguistic Tense is a grammaticalised expression of location in Time that is comparatively insensitive, whereas lexically composite expressions can locate in Time with a higher precision, using words like: after & ago. Simple Verbal Tense is unable to locate events in Time with as much specificity, being unable to distinguish degrees of remoteness in the Past or Future. Tense is relatively limited for locating events in Time, compared to other linguistic expressions. There are inherent constraints on the range of expressions of location in Time that can be grammaticalized. Some constraints in grammatical Tense are tied to the notion of a deictic center reference point relative to which events are located in Time. Typically, events are located in Time relative to the moment of speech which often serves as a temporal reference point.

Many lexical & lexically composite expressions for locating events in time are also deictic [specifying identity/spatial/temporal location from the perspective of participants in speech or writing, in a context or external situation or surrounding discourse, as in: we, you, here, there, now, then, this, that, the former, the latter]. The same holds for 1 wk ago , 3 min hence, yesterday, today, [or not] & also 1 hr after the start of the session, at noon, during the ceremony, …).

Only Tense is constrained in this way since Tense locates the time of an event relative to time of utterance. In these & other issues of “context”, Aspect (of which some 40–odd types are describe) is a feature of language concerned with “internal temporal constituency of situation”.

[Pretty heavy going, for such is the lay of the land. But its sometimes good to see what we’re up against. We speak casually about Time, but it’s all not so easy if you want to be careful & precise. (too be continued)]

for very succinct summary of the teaching & practice, see:  www.ajatavada.com/
Posted by jstiga at 8:47 AM